Tech and recruiting go hand in hand. It’s hard to recruit without a strong HR tech stack. But implementing these tools can be a challenge. If you work in HR, you may have experienced pushback from employees who don’t want to change their workflows, or from senior leaders who aren’t sold on the ROI of rolling out new recruiting tech.

But no matter how daunting change — or the Autobahn-like pace of it — may seem, tech is here to stay in HR, and if you want to attract quality candidates and create a candidate experience that serves them, you’ll have to embrace that change.

Angie Wesley, senior vice president and head of talent acquisition at TIAA, has overseen a wholesale change in the company’s recruiting process, as it has embraced new tech to navigate the modern candidate marketplace. “It was either going to come to us or we were going to have to join it,” she says. The tools have helped the organization, particularly in regard to creating a better candidate experience and creating a more streamlined process for compliance.

She shared her experience and advice for HR organizations implementing the tech tools they need to keep up with the Joneses.

Train, Train, and Train Some More

When it came to introducing new technology and automation to the recruiting process, Wesley says there wasn’t much organizational pushback, though she did have to navigate the concerns of her recruiters. “A lot of these recruiters are seasoned, so they have their own way of moving candidates through the process,” Wesley says. “We just had to make sure that we could show them how technology actually helps them, instead of inhibiting them.

But Wesley says training isn’t just for implementation. Her team tracks the usage of some tools so they can see whether staffers are having issues. “If we have folks that are not using a certain technology or tool that’s in the process, we’re able to identify them and work with them to understand what the difficulty might be,” she says.

It should go without saying that employees’ comfort with their tech tools is a priority for organizations. But Wesley says the primary question TIAA asks about its recruiting tools is related to a different audience: candidates. “Candidate experience really sits at the front,” she says.

In order to meet candidates on their own terms, TIAA created a device-agnostic application process, and also updated its website to ensure it was mobile-friendly. “That was clearly a gap we needed to close,” Wesley says.

Candidates are provided assessments that can be done online on a schedule that is convenient to them, and TIAA has begun to embrace technology such as text messaging to further its commitment to reaching candidates on their own terms. “Not everybody’s checking their email,” Wesley says. “Texting is real time, and that allows us to immediately get some responses.”

The company also started a talent network to demonstrate its value to potential candidates, even if there isn’t necessarily a job available at the moment.

Wesley says TIAA’s embrace of technology is helping it meet the demands of a candidate-centered employment market. TIAA uses video interviews so that candidates don’t necessarily have to come to the office. “The majority of the population is currently working, so it’s a passive market,” Wesley says. “We don’t really want to intrude or disrupt their day.”

Ultimately, rolling out tech in the recruiting process comes with an important consideration: making sure you keep the human element front and center. “What we are finding is candidates still want that human touch in the process somewhere,” Wesley says. “They don’t want technology to take care of everything.”

While Wesley says there’s no magic formula, she believes recruiting leaders need to understand the importance of telling their story and highlighting what makes their organization a unique place to work. “It’s hard to get technology to tell that story versus a human on the phone,” she says. In other words, technology is just the first step. “We leverage technology to start the conversation, and then we step in to finish it.” 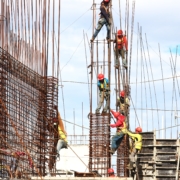 #WorkTrends: How to Take Control of Your Career as an “Employeepreneu...
Scroll to top