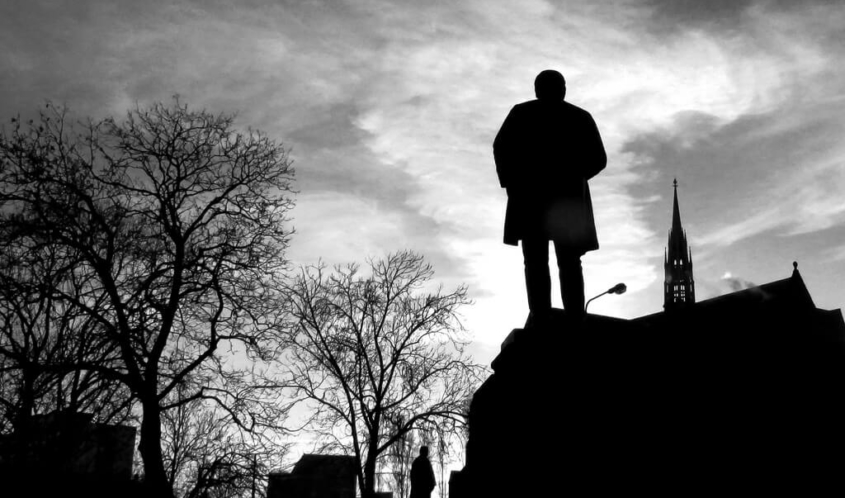 Humility has become a hot topic in the leadership realm, and quite a few people believe it’s the key to being an effective leader. They are right, and they are wrong. Humility is an incredibly important trait, but many people have a faulty perception of it.

When most people envision a humble person, they think of someone who is self-effacing and responds to a compliment with “Aw shucks! That’s awfully kind of you to say.” This isn’t true humility, though.

At its core, humility is about living as close to the truth as possible and being “down to earth.” It comes from the Latin word “humus,” a noun referring to nutrient-rich parts of the soil that help plants grow. Somewhere along the line, we stripped humility of its power. It became synonymous with passive, meek behavior.

There’s tremendous strength in humility. Humble people are more open to outside opinions and willing to admit when they’ve made a mistake. They’re more inclined to self-reflection, which allows them to look at interactions and pinpoint how they could have done a better job. Genuinely humble people understand their limitations and constantly strive to improve themselves because they want to be better. More importantly, humble people are confident in their abilities.

In other words, humility can make for great leaders who are open to outside opinions, recognize limitations, and are confident in their strengths. Think of a friend or colleague who listens to and heeds others’ opinions while exuding a calm, quiet confidence. That is the picture of humility.

The Perils of an Undergrown Ego

People who “aw shucks” their way through life aren’t humble — they’re actually exhibiting a form of vanity. That self-effacing attitude might seem diametrically opposed to vanity, but they both relate to a lack of self-awareness.

Vanity can be defined as “inflated pride in oneself or one’s appearance” as well as “something that is vain, empty, or valueless.” Think of these two situations as an overgrown ego (excessive pride) and an undergrown ego (self-effacing).

Someone who has an undergrown ego fails to see the real value of his or her contributions. This often comes from an external locus of control, which is fancy psychology jargon for basing your decisions on what others will think. The U.S. is rampant with this issue — people frequently won’t do what is right because they’re afraid others will dislike their decision.

This fear can have serious ramifications in the workplace, causing people to speak up less, take fewer risks, and overstay their welcome in dead-end jobs. Essentially, workers with undergrown egos become doormats and console themselves with the notion that they’re being the “better person.”

Guess what? They’re just as much to blame as the people who undervalue them. There’s a certain level of respect everyone should be afforded. Consistent failure to demand that respect is a sure sign you struggle with low self-esteem. Considering an undergrown ego often stems from a fear of rejection, it’s ironic that self-effacing individuals typically face rejection because of their low self-esteem.

In addition to frequent rejection, an undergrown ego can lead to fewer promotions, lower salaries, and a lack of credit where credit is due. And don’t forget the toll it can take on your personal life. People will continually take advantage of you (because you’ll let them), and you could struggle in the dating realm because of a lack of confidence.

I could go on and on about the costs of an underdeveloped ego, but you probably get the drift. There are serious drawbacks to an excessively self-effacing attitude.

If we have an underdeveloped ego at one end of the spectrum and an overdeveloped ego at the opposite end, the best course is to find the middle ground. But how exactly does one “right-size” an ego? The following steps can set you up for success:

Admittedly, making the right choice isn’t always easy. But even if you screw things up, at least you’ll know that you were confident enough to make a decision in the first place. That knowledge puts you one step closer to right-sizing your ego. Think about how your relationships would improve if you had the courage to take control of your own life.

Instead of worrying about what might go wrong in any given situation, think about what could go right. Keep negative thoughts in check, and spin things in a positive light if you find yourself feeling pessimistic.

Get to know yourself better. Ask yourself, “What am I good at?” “Where am I happiest?” and “What do I value?” Defining these characteristics can uncover your limitations. Once everything is on the table, you can figure out ways to use your skills to push past your limits.

Don’t try to change everything at once. Pinpoint the most important thing you want to change, and focus on it for at least two months. Once you develop your desired habit, move on to the next challenge.

View each mistake as an opportunity to learn a lesson. The key is to understand why you messed up and change your approach before tackling a similar task again. True failure lies in not dusting yourself off and trying again.

Humility is all about looking at the truth of yourself: the good, the bad, and the ugly. Genuinely humble people are able to recognize their strengths and weaknesses, using them both to move things forward and accomplish goals. Ditch the “aw, shucks” attitude and spend some time getting to know yourself. Your ego will appreciate the tender, loving care, and you will appreciate the results.

Leaders, Identify with Your Followers

#WorkTrends Preview: Using Empathy to Reduce Anxiety in the Workplace
Scroll to top