Throughout commencement on that warm May morning over two decades ago I thought, I did it. Not the traditional seamless timeline of 4ish years, but I did it nonetheless. The first one in my immediate family to do it in fact. I did it and received a Bachelors of Arts degree in psychology with a minor in anthropology from San Jose State University. I financed most of it myself, working full-time at SJSU during the latter half of completing my degree.

But there were loans involved in bankrolling my degree. Not an excessive amount, but somewhere north of $15,000 worth of loans during those frenetic college years. In economic comparison, the full time job I had at the time with the university paid about $30,000 annually.

The future looked brighter than ever. I had my degree, I left the university job for one in the exciting world of high-tech marketing and the dot.com boom – all was well in my world.

Until it wasn’t and I was swimming in other debt plus the student loans and lots of other life choices hitting the skids.

As the saying goes – life happens and not all the choices we make work out – but I made it and fortunately many people with similar stories did and do as well, especially since we’ve had two economic busts within the booms since. But today student loan debt had increased dramatically. With smaller savings (if any) and continually rising tuition, there are over 40 million Americans with at least one outstanding student loan, which is up from 29 million consumers in 2008.

Of those, the average student loan balance is about $30,000 per borrower. For those who finish graduate school the total can be over $80,000. Medical school debt is twice that or much more. Today the nationwide student loan debt is at an all-time high of over $1.2 trillion, an 84% jump since the great recession, according to a study from Experian, which analyzed student loan trends from 2008 through 2014.

Plus there’s the fact that “student loans surpassed home equity loans/lines of credit, credit card and automotive debt.” Yet, for the millions who struggle with student loan debt, not many loan relief and repayment programs have been available to these borrowers, unlike those with underwater mortgages over the past seven years.

There is the Federal Student Aid website that provides resources and recommendations on how to manage and repay federal loans, which accounts for the majority of student loans, but otherwise repayment and refinancing programs have been limited.

Dan Macklin, co-founder and vice president of the nation’s second largest marketplace lender called SoFi, told us on the TalentCulture #TChat Show that the student-lending market is a very strange one indeed. When he and his co-founders started SoFi about four years ago – which offers mortgages, personal loans, student loan refinancing and more including free services for employers and employees – they looked into the market and there was no one refinancing federal student loan debt at the time. In fact, they almost didn’t launch the company because they thought there must be a reason there weren’t any lenders offering these services.

Financial wellbeing has finally gained traction in the workplace and I’ve had the opportunity to work with a few startups in the space years ago, GuideSpark being one of them. According to a survey by benefits consulting firm Aon Hewitt, more than 90 percent of 250 large employers said they want to introduce or expand their financial wellness programs this year. These programs have been on the rise and help employees understand and manage their personal finances, save money for emergencies and employ strategies for dealing with economics ups and downs.

The impact of debt can be overwhelming. Add to that the instability of the job market and the world of work and life become a pressure cooker affecting productivity, psychological and physical wellbeing. Too many student loan debtors are delaying saving for retirement until they’ve paid off their debt, which seems like it’ll never happen and exacerbates helplessness exponentially.

More and more companies obviously do great things (and creative things) around 401K, retirement planning, financial wellbeing and other healthcare benefits, with HR taking the lead here. Cost-benefit analysis of higher education aside, the reality is that when you come out of college with tens of thousands or hundreds of thousands of dollars of student loan debt, you’re probably more worried about that for the first few years or even decades and getting that off your back until you’re really able to think about starting a family, buy a house, retirement and so on.

Big money may have no soul, but it’s always been a means to beginnings, middles and ends. Those employees with financial wellbeing keep the workplace pumping. 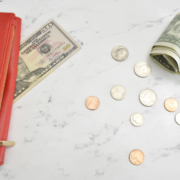 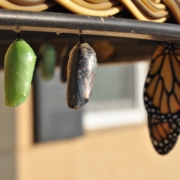 3 Ways Employee Benefits Will Change in the Next 5 Years

#TChat Preview: How Social Networking And The Job Search Pay Off Finding Value In Social
Scroll to top