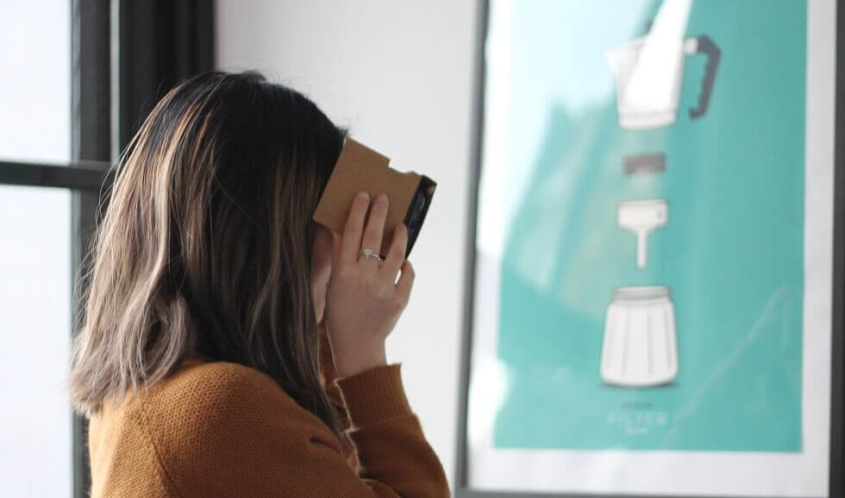 Virtual reality has generated a lot of headlines in recent years. For HR departments, the most talked-about use case for VR is employee training, where the technology can decrease costs while improving performance. But early adopters of the technology are seeing quick wins by incorporating VR into their employee recruiting process. They’re recording and distributing everything from 360-degree virtual office tours to immersive first-person “day in the life” VR videos, and enabling potential hires to meet future co-workers virtually.

The benefits to using VR as part of the recruiting mix are many. Millennials, who make up more than a third of the workforce, are known for valuing experiences over “stuff.” Giving them an informative and interesting virtual look at a potential job is more memorable and valuable than a branded T-shirt or stress ball. The perception of a company is also changed by incorporating VR. According to a 2016 Greenlight VR study of 1,300 adults, more than 71% of respondents said using VR made companies seem “forward-thinking and modern.”

Particularly for older or more established companies, the incorporation of VR both in recruiting and on the job is a major positive. A case in point: Walmart’s VR-equipped mobile RV, which is traversing college campuses to promote jobs at their eCommerce divisions.

Using VR at an exhibition booth at a career fair is a great way to drum up visitor traffic. A Samsung Gear VR or HTC Vive headset is guaranteed to generate curiosity among passersby. Simply having the technology is not enough, though. Recruiting departments need to nail their VR presentations and justify using headsets.

Toyota High System, for example, does guided VR tours of their offices. Presented at college job fairs, these VR experiences transport students hundreds of miles away to the Toyota division’s headquarters, allowing them to virtually immerse themselves in all the benefits of working at the company. They also include in their app a virtual tour guide, who introduces the VR viewer to employees in multiple divisions. There simply is no other way, outside of actually visiting the company, to get a better sense of the company culture and workforce.

The U.S. Department of Agriculture, meanwhile, has re-edited some of their VR training videos into recruiting videos to use at college job fairs. Besides garnering more visits to their booth, the VR experience also showcases a day in the life of an inspector at the organization. For college students, who may not have much familiarity with the day-to-day job responsibilities of inspectors, it’s a great opportunity to accurately ascertain what it would be like to be employed by the USDA. Plus, many things are just easier to show using VR video rather than describing them verbally. The experience is similar to job shadowing — but without having to physically travel anywhere.

Plan What You Want to Highlight

Before diving in to VR, you’ll want to first plan how to best showcase your company. What is the focus of your VR experience? It could be to highlight all the amenities at your workplace, such as fitness centers and catered dining options. It could be to meet employees, in which case you could do POV recordings with employees or have a guide interviewing them in VR. Or it could be to highlight a job function, in which case you’ll want to focus on the more interesting or appealing parts of a position. Regardless, you’ll want to storyboard your videos ahead of time.

Edit With the Viewer in Mind

A lot of VR applications are showcased at job fairs or recruitment events. You likely won’t have a lot of time with each candidate, so keep your VR videos short and focus on putting the most important material first. You never know at what point a job candidate will remove the VR headset, so don’t save the best features for last.

You can also do either passive VR or active VR: Passive VR involves the candidate watching videos passively, while active VR has the user interacting with the virtual environment. They could, for instance, look at a piece of equipment, which then initiates a video showing how that equipment works. The number of booth visitors you anticipate and likely amount of time spent with each candidate can dictate whether you choose to create passive or active VR — with the former being the best fit for shorter time periods or large numbers of viewers.

There are a number of different VR headsets you can use for displaying your VR application, everything from the high-end HTC Vive (used by Toyota High Systems) to the mobile but very immersive Samsung Gear VR (used by the USDA) to the lower-cost but easy-to-brand Google Cardboard. Just like when you consider VR app length, the number of visitors and length of visits you anticipate will dictate your headset choice. (Google Cardboard is good for large numbers of viewers, while HTC Vive and Gear VR is better for smaller, more concentrated meetings.)

But it’s also important to remember that every iPhone or Android smartphone now has the capability to show 360-degree video apps. So that same VR experience you show to candidates on an HTC Vive or Gear VR can be distributed to their phones — which not only is a nice takeaway item, but also allows them to show others the VR experience you’ve spent time carefully crafting.

Creating VR: The Time Is Now

Ultimately, we’re moving away from asking whether you use VR in recruiting to exploring how you should use VR in recruiting. With so much weight now given to facets of a job beyond pay and day-to-day responsibilities — such as cultural fit and workplace environment — VR is becoming the best way to show these areas to candidates regardless of their location. Virtual reality doesn’t have to be the main focus at your recruiting events, but it’s increasingly becoming an important arrow in the quivers of recruiters.