In the age of #MeToo, how are we creating equitable workplaces for women?

This week’s #WorkTrends guest, Melissa Lamson, has been working on this cause for years. She is CEO of Lamson Consulting, founder of a popular leadership program for women and has consulted on management for companies like Space X, LinkedIn and SAP.

She shared how men can proactively work to understand how the sexes communicate differently, and how they can work with women to build a more diverse culture at work.

Listen to the full podcast below, or keep reading for highlights from our conversation.

“If men and women don’t work together in organizations, they really won’t achieve gender parity,” Lamson says. “There has been a lot of emphasis on what women need to do to advance their own careers — networking, mentoring, training programs. The onus has been on women to support their own development.” But, she says, women can only go so far in creating more gender balance at the top of organizations. Companies need to enlist men to support this goal.

Most men are happy to contribute when they realize what’s at stake, she says. “I don’t believe that most men intentionally keep women from advancing today, but they don’t know what they necessarily could be doing to help.” So, she’s worked with companies to develop workshops for men. Through those workshops, some men say they realize their KPIs were gender biased, or that they never knew what women on their team wanted. Opening a conversation between women and men in the workplace is a good place to start.

Lamson says that the men in her workshops often have no idea that their behavior or language could be perceived as hurtful or even sexist. “When men have a conversation, they will do that in a really competitive way. That’s normal, they’ll challenge each other and interrupt each other. If they do this with women, it’s perceived as being disrespectful and they get labeled as unsupportive.”

But Lamson says that’s not what most men want. “In my experience, men really want to be a hero. In my workshop, men will literally start writing down everything I’m saying. They’ll ask for exact phrases they can use with women to show support. They want to make women happy at work. They want to promote them, they want to work with them on teams and collaborate with them. They just literally don’t understand that there’s an issue.”

But, after her trainings, most men start to understand what their female colleagues are facing at work. They buy into the idea that we’ve all been socialized to see things in certain ways — and we can do some things differently to more effectively collaborate at work.

“The research shows that men seek first and foremost to be seen as the more important and powerful. In contrast, women seek recognition, reward and appreciation. So, they want to be appreciated for a job well done and all the hard work that they’re doing.”

Those different motivations lead to gendered behaviors that can leave us at a mismatch. For example, women will thank men a lot. They’ll say, “Thanks so much, we really appreciate it.” Behind closed doors, women will tell you they’re trying to stroke men’s egos. But that doesn’t actually work with men, Lamson says. They don’t want to be thanked — they want to feel important and powerful.

On the other hand, men will interpret a female coworker’s silence as a non-problem, when resentment could actually be brewing. “Men assume that women are totally fine and feeling good about working with them unless they express that they’re not. That’s not a correct assumption.”

She gives groups this tip: If a man and a woman are talking in a meeting and the woman suddenly gets quiet, a man should notice that and start re-engaging her by asking questions.

“Men aren’t programmed to ask as many questions,” she says. “But if they can pivot and start asking questions, they’ll get the engagement back on track.”

Lamson points to research from McKinsey, Catalyst and others that having more gender balance in an organization, especially at the top, actually affects the bottom line positively.

But that doesn’t just mean adding one woman to an all-male board. Research shows that when one woman joins a group of men, she’ll adapt her style to theirs. When two women join, there still isn’t a substantial change in the group. But when there are three women, they have the power of a group — and will influence change. 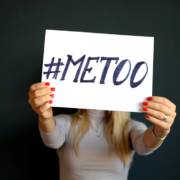 What Does Productivity Look Like for a Remote Workforce?

How to Make Every Employee Feel Recognized
Scroll to top