It’s time leaders got smart about hiring. We have to make sure they do. I know for certain that—as you read this—a lot of creative people are trolling for jobs. People who would completely shake up a company culture in awesome, unthought-of ways, if simply given the chance. But, as my friends all know, unless they have four degrees, years of experience and invented the iPad—it feels like they may well just be talented voices crying in the wilderness.

Our social business culture talks a lot about Mark Zuckerberg and Steve Jobs and Bill Gates and Meg Whitman. Don’t get me wrong, I’m including myself here. Smiles. I’ve posted here before about Mark Z. But have leaders really learned the most important lesson from their success?

Which is precisely this: the most creative people out there may not be—in fact, often will not be—the ones who do things by the book or who “look like” your traditional employees. They will be the ones who break the rules; who may not have finished college (or even high school); who don’t have the standard resume, wear the standard work clothes, or live the “standard career life.”

They may well be the ones to make your company either a household name . . . or, if you overlook them, an example of bad business acumen.

They may well be the people you look back on in five or ten years and moan about not having taken a chance on. The hearing-impaired Thomas Edison whose resume you trashed. The J.K. Rowling who was too much of a daydreamer. The next Steve Jobs whom you didn’t even consider, because he was homeless.

Real leaders set the standards of creativity. To do this, these leaders think, see, and hire without blinders—in 3D. In Meghan-speak, that means they work hard to comprehend the whole person behind each resume. They find the gold in that nontraditional-looking job applicant. That rare gem of a talented and unique person.

It’s amazing, though, how many CEOs and so-called leaders are terrified of stepping outside the traditional resume to hire job applicants. It’s almost as if those 4.0 GPAs and honor society memberships on the CVs create a life raft, so that if the applicant turns out to be a bad hire or adds nothing much to the organization, the hiring team can float safely away from any possible criticism of their choice.

Well, in my book there are four watertight reasons for hiring in 3D:

1) Playing it safe, as a general strategy, is not leadership. Period.

3) 3D intelligence—going outside the box—models behavior that encourages creativity in the whole team. Leaders are always modeling behavior. Are you going to model a limits-bounded, non-risk-taking approach to your product or service, or a forward-looking openness to new ideas?

4) 3D thinking allows leaders to bring in employees whose diversity triggers better thinking company-wide (full disclosure: my last blog post was on the wonders of such diversity).

You may have heard about Kevin Matuszak, a 25-year-old working a Hire-Me campaign to get Applebee’s to make him its online spokesperson. Kevin is definitely creative, passionate and may one day be a “real” leader. But the leader I’m writing about is Applebee’s management.

Not only did Applebee’s leaders respond with humor to Kevin’s very public haunting of it, they suggested to Kevin that he make videos of his campaign. Applebee’s then posted those videos on its own website and shared the #HireKevin love.

Kevin’s career story didn’t end with a job with Applebees. But Applebee’s didn’t close the door with a frown at Kevin’s non traditional career search tactics; they opened the door with a grin. The company chose to play in this new digital ballgame, on its own terms: to get a closer look at this passionate “outside of the box” guy, to test his creativity, to go beyond the resume and look at Kevin in 3D – his whole entire person and personality.

In my view, that’s smart leadership.

A version of this post was first published on Forbes.com. 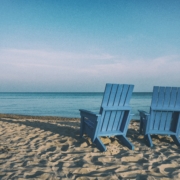 How Impostor Syndrome Hampers Your Success The Nature vs. Nurture of Sourcing
Scroll to top