The Fact of the Matter

Every community develops their own definition of what matters. For some communities,  it’s motivated by a shared interest or a commitment to a specific change. For others, it’s professional best practices that can create a unified purpose. Some communities are even defined solely by the outcome of their environment stemming from completely circumstantial situations such as geography or an unforeseen event.

When it comes to TalentCulture, relevance is not merely the static entity of a group of people who associate themselves with the World of Work.  TalentCulture is a space to recognize and redesign; an evolving space that is given shape by the very people who fill it with their experiences, knowledge and stories. It’s the tale of two cultures – individual and organization, coming together to form one powerful voice. What matters to TalentCulture, is the community itself – what matters is YOU.

Every week we put YOU front and center. The community, quite simply, is what moves TalentCulture front and center. It’s what keeps people coming back every Wednesday and has vendors using the #TChat hashtag on twitter to get YOUR attention. So tell us: What do YOU think? 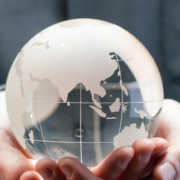 Let's Get Engaged: #TChat Recap Recruiting is Retention: Yes or No? #TChat Preview
Scroll to top