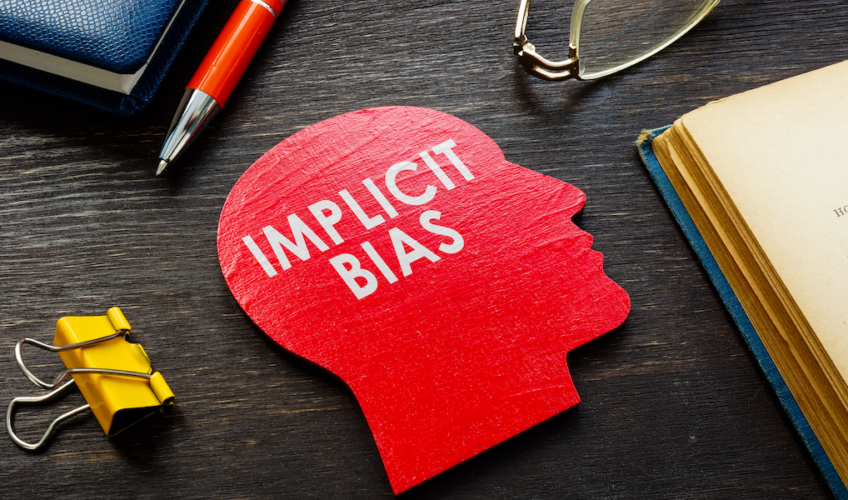 Bias can be a powerful factor in the recruitment process. In 2019, researchers from the University of Chicago and the University of California, Berkeley, began secretly auditing some of the top companies for implicit bias in the hiring processes. Their results showed a significant bias against resumes that included candidate names likely to be associated with Black applicants. In other words, even at top-tier employers, bias appeared to be repeatedly popping up in the hiring process.

This may surprise some people who believe that the U.S. Equal Employment Opportunity Act wiped out bias in hiring. After all, it’s illegal for employers to discriminate against potential employees based on gender, race, religion, age, national origin, or disability. Nevertheless, bias in hiring is still an issue.

The Root of Bias in Hiring and Recruitment

When it comes to recruiting, bias is the brain’s subconscious way of labeling a candidate as a “yes,” “no,” or “maybe” according to the recruiter’s subjective feelings about a candidate’s observable characteristics. This means that the recruiter can be biased toward or against a candidate (for example, a male recruiter preferring a male candidate), which can lead to unfair assessments. Given this understanding, it’s clear that bias can show up in almost every step of the hiring process.

Consider a recruiter reviewing dozens of applications for a job opening. The recruiter can show bias when judging candidates. Anything from gender and personal pronouns to alma maters and home addresses can spark common hiring biases. Many recruiters aren’t even aware they’re being biased because many of these judgments happen subconsciously.

Even after the resume review stage, hiring teams can again display bias during interviews. A number of studies over the years, including some from Princeton and New York University, have concluded that it takes less than a minute to form a first impression of someone. That first impression could be based on an unfair preconceived notion — related to anything from previous personal experience to common stereotypes.

For instance, a recruiter may expect candidates to be energetic and cheerful during the initial screening. Under those circumstances, a more thoughtful, serious, or reserved applicant could be removed from consideration before getting a chance to warm up to the discussion. While this immediate impression may have some truth to it, the candidate may need time to truly show what they have to offer, which may be far more beneficial to the organization in the long run.

The good news is that it’s possible to mitigate the effects bias can have on the hiring process. And it all starts with having conversations to acknowledge, understand, and address this issue.

In my years in the recruitment industry, I’ve encountered some excellent, reliable ways to temper bias. Below are a few recommendations.

An applicant tracking system, or ATS, is a centralized platform used to streamline recruitment and consolidate candidates. A robust ATS can collect, analyze, and review hiring and recruitment data objectively, and can provide an overview of all touchpoints and data collected along the candidate’s journey. At any time, a recruiter can retrieve key information about an applicant from the system.

Not surprisingly, one of the biggest benefits of an applicant tracking system is the ability to reduce bias. Certainly, recruiters can tailor candidate searches by inputting keywords such as “developer” or “Harvard.” Nevertheless, an ATS has the potential to be more impartial than most humans.

Applicant tracking systems remove a lot of unconscious bias from recruiting. But, they can’t conduct interviews for you. Instead, get creative in implementing different methods to decrease the chance of discrimination before and during interviews.

One method I learned that proved successful was to scrub identifiers (such as applicant name, education, address, gender, and related fields) from every resume. As a result, your hiring committee can compare candidates on the basis of their experience — nothing else.

For example, in a previous role, I was tasked with building out the DevOps team. I presented candidates of diverse ethnicities and genders, but the hiring manager kept rejecting them no matter how technically adept they were. When I brought up the high rate of rejection, the hiring manager explained that they were only interested in bringing on male applicants of a certain ethnicity.

Though that explanation was genuinely upsetting, I suggested the method of removing identifiers from applications, and we agreed to try it. From that point forward, I presented only candidates’ qualifications, and the acceptance rate went from near zero to over 95%.

It’s common in recruiting to conduct a final panel-style interview. This is the opportunity for the candidate to meet their potential teammates and vice versa. Someone on the call may have reservations or be impressed just based on their initial perception of the candidate. Rather than letting this bias influence the interview, let the candidate’s qualifications and cultural fit come into play.

One way to mitigate bias with panel members is to ask them to listen in on calls with candidates rather than join by video. Just listening helps panelists focus on the substance of candidates’ answers rather than their appearance.

Everyone has biases, whether they realize it or not. Rather than allowing those biases to unfairly affect the hiring process, set up guardrails to guide the process toward more equitable outcomes. You’ll end up making more appropriate hiring decisions and, ideally, improving the candidate and employee experience.