As the gig economy continues to expand and transform the workforce in significant ways, HR professionals and other business leaders should be thinking about the implications these changes will have for their organizations and their people.

Millions of people are already freelancers, entrepreneurs and independent workers who rely on short-term engagements for all or part of their income, and the number is only expected to grow in the coming years. A 2016 study by the McKinsey Global Institute says independent workers make up 20-30 percent of the workforce in the U.S. and key European countries, with the figure projected to climb.

Such a dramatic transformation in the global workforce will have profound implications for workers and organizations alike, while also presenting opportunities for smart organizations that can help usher in this new era.

Mastercard began focusing on the Gig Economy over two years ago, talking to hundreds of Gig workers and fielding research with thousands more. Gig workers are not only ride-sharing drivers, they are also service providers of all types, sellers of goods such as crafts and jewelry, as well as lessors of short-term room, apartment and house rentals. Some 85 percent of gig workers have multiple gigs, the Mastercard report says, and they represent a diverse set of people, from the underbanked to the affluent across multiple generations. They also have unique business needs.

With the growth of a global independent workforce, a number of clear pain points have emerged, with the inefficiency of payments ranking near the top. Based on the research a report by Mastercard cites, 84 percent of gig workers said they would perform more gig work if they were paid faster, and 90 percent said they use personal payment products for business purposes.

Meanwhile, many independent worker platforms are struggling to manage payments. Research indicates that only 44 percent of payments are made through such platforms, and only 17 percent pay their workers with fast payments, increasing the risk that independent workers will leave those one gig platform for another that better serves their needs.

In recent months a number of companies in the market have identified ways to serve independent workers through new acquisitions, product launches, partnerships and more. Mastercard, for example, created an end-to-end solution with a business card for independent workers to help separate business from personal finances. Most important, the solution enables gig platforms to pay workers immediately when the gig is finished and the buyer payment made. So gig workers get paid faster. It also provides benefits such as discounts and rebates at over 40,000 relevant merchants.

Mastercard Gig Solution was co-created with gig workers to address their specific needs. The company believes the program is a fast, frictionless and secure solution that supports everyone in the value chain, from individual workers to platforms.

The solution offers freelancers greater visibility into their finances through a separate account specifically for gig income and expenses. For organizations looking to engage with gig workers, Mastercard says its solution allows them get to market quickly and earn worker loyalty, while generating greater revenue.

The company’s solution is a fascinating and innovative early entry into a growing wave of financial solutions aimed at servicing a gig worker phenomenon that is already transforming the global economy. 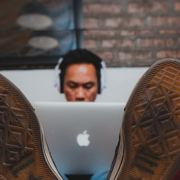 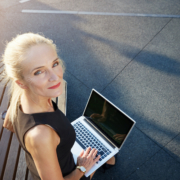 #WorkTrends: How the Workforce Is Changing