The age of everyone physically commuting to work is slowly coming to a close. Instead, employees are now assuming that remote work will constitute at least some of their workdays. But what about teams made up solely of remote workers?

Studies have shown that remote workers can be happier and more productive. And with increases in HR tech programs that aim to support remote teams, many companies — in the U.S. and worldwide — are choosing to go office-free because they see the benefits. Here’s how some people and some companies are managing this no-longer-uncommon work setup.

A central tenet to successfully managing a remote team is creating a company culture that acknowledges that you might be hundreds or thousands of miles away from each other but you still feel part of the mission of the organization. Employees want to know that they are supported even from afar. In this way, you build trust with your employees and they don’t feel isolated while working remotely.

Robin Schooling, the head of people at Strio Consulting, says it’s important to replicate the “feel” of being in an actual office. Schooling says she has organized birthday celebrations online for teams and put together a Halloween costume contest for employees who sent in photos of themselves or of their dressed-up pets.

She says that while the work is being done, there are some instances that build camaraderie among workers even if done via an online platform. “There are moments when someone will post a meme, and everyone will pile on and be like ‘that’s hilarious’ and they’ll have a personal interaction,” Schooling says.

Having the chance to meet each other in person can also boost employee happiness. The global company Bynder conducted an experiment on its workforce when it came to remote working. The company discovered its employees had missed being able to meet their co-workers, so when it repeated the exercise it collaborated with a co-working site to provide that physical space.

For Unsettled, a company that provides experiential retreats to professionals in places around the world, creating a positive workplace culture is at the heart of maintaining a completely remote team.

“When an employee’s work is rooted in personal meaning for them, not simply meaning for the company or institution, you don’t need to ask them to ‘show up.’ They are doing it for themselves,” Unsettled’s co-founder Jonathan Kalan writes. “You don’t need to check in and make sure they are getting their [stuff] done. You trust them to lead themselves.”

Many of the stereotypes about remote work stem from the idea that a person can’t possibly be productive if they’re not in the office from 9-5. That’s just not the case.

Monique Black, principal adviser for talent at Maco.la, says objectives and accountability are what drive the success of remote teams.

“Focusing on ‘objective’ and ‘accountable’ is really important, [including] making sure employees are producing what they are expected to be,” Black says. “Provided you have a good team that work together … then you can get more out of people who work remotely because you don’t have the interruptions of the day-to-day.”

She says it’s paramount to know your company and to understand the people who work for it. “You have to take care of the employees personally and professionally.”

The type of work also plays a role in what type of overall management a remote team needs. Schooling describes her company as one that pushes objectives, not just busywork to fill up an eight-hour day.

“People have goals and deliverables. … It is not activity-based work,” she says. “Yeah, there’s stuff to get done, but at the end of the day our jobs lend themselves well to remote work.”

And with the use of technology, both Schooling and Black say they can tell when employees are not performing well.

Remote work will continue to be something companies turn to. Yes, you may have the occasional experience like IBM, which called back its remote workers to physical offices. But overall people now expect remote work. A thing that companies need to overcome though, according to Schooling, is the mindset that it can’t work.

“I think where organizations struggle is when they contemplate remote work,” she says. “Should we go down this path?”

“It goes into an us vs. them of what departments can be remote. The typical mindset of managers and HR is people will screw around if we aren’t there to watch them. That’s a cultural issue that [organizations] have to address.” 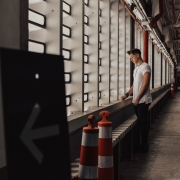 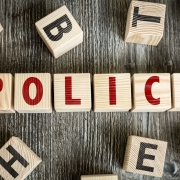