HR leaders are often put in tough spots. It’s not unusual to have to choose between a decision that’s unpopular and one that’s ineffective.

Take this real-life example: A line manager noticed that more of his employees were resigning than ever before, and he wants his company to do something about it. He approaches HR with what he thought was the right solution, to raise the base pay for all of his employees by 10%, and he now just wanted HR to execute his idea.

The HR team knew from past experience that an across-the-board pay raise was the wrong thing to do. It was an expensive way to fix the problem, and worse, it was unlikely to lead to fewer resignations. The problem was that HR had no data to prove it. Worse, the data the HR team did have only served to support the manager’s case. The data confirmed that the resignation rate had in fact increased. Given the lack of evidence to prove that an increase in base pay wouldn’t work, the people experts were left with two unsatisfying choices: Acquiesce to the manager’s demand and put the company’s headcount budget at risk, or dig up a compliance-related reason for not raising base pay—and risk annoying the manager and his team.

This unfortunate story highlights the trap many HR teams have fallen into: They’ve bootstrapped their people metrics to the point where they can answer a few basic questions about their workforce, such as the resignation rate for a given team, but they discover that a limited set of descriptive analytics isn’t enough. For many, it’s worse than having nothing.

What they need is a way not just to see what happened, but to understand why it happened, what will happen next, and how to adapt their workforce strategy to align with company objectives.

If the HR team had been able to dig deeper into the reasons for the resignation rate increase, they could have proposed a solution that created a better business result—instead of engaging in a head-to-head conflict with the manager, supported by little more than anecdotes and gut feel.

For HR teams to climb out of the metrics trap and realize their full strategic potential, they need to get past the first rung of the analytics ladder— descriptive analytics—and move up to exploratory, predictive, and guided analytics.

To be clear, there’s nothing wrong with descriptive analytics—they’re a vital component of any workforce intelligence solution, and they’re the foundation that subsequent rungs of the analytics ladder are built on. To even begin creating a strategy, you first need to answer simple questions like, “How many people in Group X have resigned in the last year?”

Every HCM vendor worth its salt will say their product comes pre-built with analytics, but typically these are nothing more than descriptive analytics— a visual representation of what’s happening, sometimes appended with basic, simple-to-calculate attributes of the data set, like mean, median, and mode. Beyond describing the current situation, they do little to facilitate effective decisions or drive action.

What’s missing from descriptive analytics is a way to see why something is happening. People who resign, for instance, might have something in common that isn’t easily uncovered by basic descriptive analytics. Their age, tenure, performance rating, or some other more obscure attribute might play a role—and that’s the kind of context you need to move up to the next rung of the ladder.

Exploratory analytics facilitated by in-memory technology help you drill deep into the data quickly and see patterns that otherwise aren’t obvious. If the resignation rate is increasing only for low performers, perhaps the answer is not to focus on retention, but instead to focus on hiring top performers.

On the other hand, if top performers are leaving, exploratory analytics can help you create strategies to retain them. Perhaps a specific career band of top performers is most at risk — you can develop a targeted approach to keep that group engaged and excited about their job and career prospects.

Exploratory analytics can also help you discover common ground among people who do stay. For instance, if you see that internal referrals are more likely to stay than external hires, you can ask your recruiters to shift even more of their focus to internal referrals.

As much as exploratory analytics help you, predictive analytics give you even more power: In the context of resignations, predictive analytics can help you pinpoint who is most at risk of leaving the company next. This level of foresight means you can take action to prevent a negative outcome before it happens.

After you’ve used exploratory analytics to create a long-term strategy for reducing resignation rates in a business unit, you can use predictive analytics to see who the Top 100 employees most likely to resign are. If the list includes key performers you need to keep, you can create custom retention strategies tailored to just those individuals.

For instance, based on statistical analysis by data scientists at Visier, predictive analytics technology can be up to 8 times more accurate at predicting who will resign than guesswork or intuition alone. If you can stop even a single mid-level salaried worker from leaving, you’ve saved your company a replacement cost that could range from 1 to 1.5 times that person’s annual salary. For senior-level employees and executives, you’ve saved a replacement cost that could be up to four times their annual salary.

Once you’ve reached the third rung, you might think you’ve reached the pinnacle of analytics—what more is there to do beyond predicting the future? There is in fact a next step that’s even more critical for a business, and that’s the ability to share insights with the teams that need them.

If your business is seeking to transform HR into an evidence-based practice, then it’s not enough to be data-driven within your own silo. You have to use data to convince the entire business to make the right workforce decisions, and the answer is guided analytics. They’re the sum of the first three types of analytics, shaped into a meaningful story.

Most of your stakeholders will not have a background in statistics or analytics—or the workforce expertise HR has—so they’ll need help. The approach you take depends on your audience.

The first approach, often most effective for conversations with executives, is to present to the findings in person, weaving all three types of analytics into a compelling story. If you’re proposing a program to reduce resignations, you’ll want to help your leaders understand what the resignation rate has been, what key patterns you’ve discovered, who’s likely to leave next, and why you expect your retention plan to work.

The second approach—best when you need to provide workforce data to many stakeholders—is to give them self-serve access. But if they’ve only used descriptive analytics in the past, they’ll need a helping hand—a guided experience—to get the most out of exploratory and predictive analytics. If the tool or solution you use to do this is too complex, self-service will not work (read this study about why Yahoo replaced their legacy dashboard system for this very reason). The best guided experience is one that’s designed specifically for the workforce domain and prompts your stakeholders to ask the right questions.

It’s All About Trust

To build trust with the business, HR needs to climb all four rungs of the ladder. Once you prove how effective data-driven workforce decisions are, you’ll capture the attention of the business and earn the right to make valued recommendations.

Think of it as a ripple effect—in a typical business, roughly 1 percent of staff are in HR, but 10 percent are in management. If you embrace the use of guided workforce analytics to build trust, you’ll expand the practice of evidence-based HR beyond your own team, making your company’s workforce decisions more effective by a substantial margin.

A version of this article originally appeared on the Visier Workforce Intelligence Blog.

Visier Analytics is a client of TalentCulture and sponsored this post. 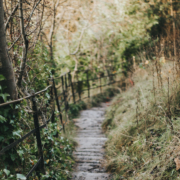 How to Navigate the COVID-19 Crisis: One Path Toward Change

Facebook: When Trust Is Exploited Why So Many "Groundbreaking" Company Policies Fall Short for Wome...
Scroll to top