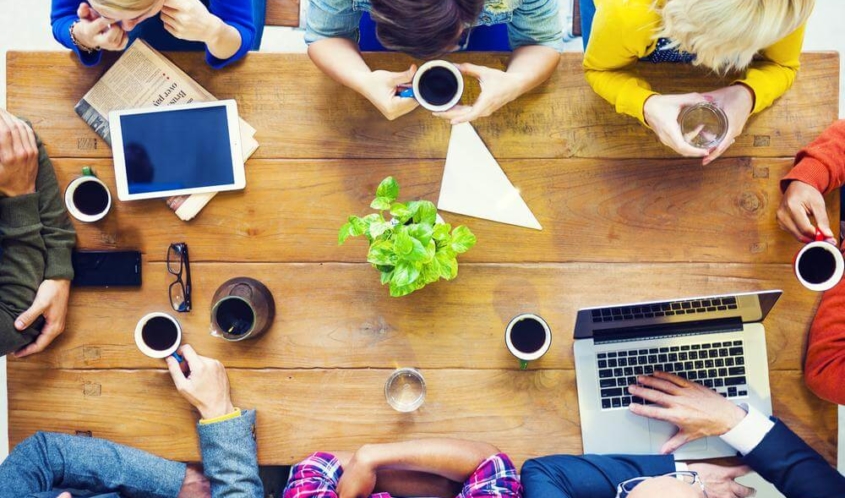 In 2011, I drafted my first blog post entitled: Gen Y Has it Right. I wrote the post because of discussions claiming that Millenials were completely different from other groups at work. On some level, I thought this was an excuse to ignore workplace elements in dire need of revision. On another level, there was a clear lack of respect for one important principle: individual differences. It simply wasn’t accurate to characterize all Millenials as entitled or disloyal.

Well, I am still detecting a subtle undertone that Millenials (all 75 million of them) are somehow markedly different from others at work — and I remain baffled. I simply will not subscribe to stereotypes, when discussing people at work. I will concede that groups carry “context” with them to the workplace; shared experiences of their generation. I’ll also concede that we can look for trends, to guide how we interact with employees (or future employees). However, I do not believe this is justification to ignore the notion of within-group individual differences.

A recent post discussing yearly raises and career mobility, found that if these elements were present, some Millenials would rather stay put. However, I was surprised to see we were still refuting the notion that Millenials love to job hop. Who really enjoys disrupting their entire work life and suddenly jump ship? I would predict that if career and salary were openly addressed, the option wouldn’t prove attractive.

Interestingly, when I completed a research project concerning this group in 2008, I was shocked at how the group varied. In other words: they didn’t all want the same things at work. Some wished to advance quickly up the career ladder. But, guess what? Others did not expect this. Individual differences matter. They matter to you — and me — and all Millienals.

So, I thought it was time to re-share the 2011 post. Let me know what you think.

Sorry, if you beg to differ. I think Gen Y has got it right.

The qualities they seek in the workplace — such as feeling valued and finding meaning in their work — are really healthier for all of us. So, let’s stop debating common sense and admit that we’ve been tolerating workplace issues that should have changed decades ago (i.e., inadequate feedback models, yearly performance reviews).

To be perfectly honest, some of these stubborn problems might finally budge at least in part, because Generation Y has displayed the conviction and the guts to persevere and ask for more.

I understand that some organizations have experienced what I’d like to call, “generational shock”. I have heard the stories, younger employees appearing overly confident, posturing as if they are entitled to a meeting with the CEO. But, could it be possible that Generation Y is suffering more of a public relations problem, than an across the board ego issue?

More feedback they ask? Flexible hours? Supervisors as mentors? How dare they!

Let’s be sure that we aren’t labeling an entire generation as difficult and tedious, because we are a bit envious of their “nerve” to ask for an improved work life? To tell the absolute truth, when I read how Gen Y envisions their work lives, I find myself thinking, “I’d like that, too.” (On some level, shouldn’t we all?) If the world of work is entering some sort of an “existential crisis” — where central issues such as the meaning of work are being questioned — Gen Y probably isn’t going to rest until that crisis is resolved.

My bet is on them to continue to mature — and help us meet these workplace challenges.

Let’s remember that Gen Y didn’t reach this juncture on their own. There are a number of evolutionary workplace events (traumas, actually) that have come together. This may have begun with the “collective unconscious” of their parent’s work lives; imprinted worries of layoffs, a recession, pay cuts and organizations generally behaving badly. These have likely been carried with them to the world of work. When we layer in the burgeoning trend of transparency and add social platforms to the equation, things were bound to shift — and they certainly are.

Personally, I am going to try to embrace and support the changes that Gen Y is seeking — wherever possible and within reason.

I need these work life attributes, just as much as Gen Y.

What do you think — does Gen Y have it right?

This post was originally published on The Office Blend.

It’s All About the Tech: Employee Advocacy Tools

Social Media 2017: Are the Rules Changing?
Scroll to top