Me: “Hi Sean! I’m writing a blog post for TalentCulture.com about the benefits of creating employee-focused communications that are compelling, persuasive, and fun — the opposite of those tedious internal memos nobody reads. Do you have any colorful, exciting examples of employee communications I can share with my readers?”

Sean: “Um … nope. Now that you mention it, we’re all about those tedious memos. In fact, the only time our internal communications are exciting is when our CEO publicly calls out a department and blames them for missed sales targets.”

Me: “Wow. Thanks for letting me know. Happy to send you a link to the blog when it’s published.”

I wish this interaction had been the exception to the rule, but alas, it was not. When I called a colleague in the higher education sector, her response was similarly unenthusiastic.

“Yeah, we don’t really do stuff like that here,” she said. “We send out lots of nice mailers for the students, but the faculty and administration? They just get whatever new policies we need them to follow.”

Too often, businesses both large and small fall into the easy and comfortable trap of treating their employees like a captive audience. Because the recipients of their internal messages are on the payroll, they assume their personnel are motivated to read, absorb, and act upon every ponderous Intranet update and boring e-mail that comes their way. The reality isn’t that simple.

“Employees are as important as any audience, if not the most important,” said Janet Miller of New Jersey-based Cox Stationers and Printers, which frequently sponsors employee contests and boasts a rooftop beehive at which it holds an annual company-wide honey harvest. “Finding new ways to keep employees interested and engaged is a constant challenge, but a rewarding one.”

An effective internal communications program can do more than keep employees engaged — it can also help them avoid a broken neck.

Sweetser, a behavioral-health nonprofit in Maine, was concerned about increased employee slip-and-fall incidents in icy conditions. They dutifully issued educational materials warning of the dangers of slippery sidewalks, and advising workers to use appropriate footwear … but the accidents continued.

The following winter, Sweetser went on the offensive. Their research revealed that a special type of walk — nicknamed the “Penguin Shuffle” — had been proven to reduce falls on icy surfaces. It involved taking short, shuffling steps with the arms held out, similar to the signature waddle of the South Pole’s most ubiquitous bird.

Sweetser, a Maine-based nonprofit, reduced employee slip-and-fall incidents 80 percent with clever employee-focused messages like this one.

Sweetser’s Penguin Shuffle campaign was disseminated to more than 735 employees at facilities throughout the state. It included the distribution of a humorous educational video
developed by Alberta Health Services of Canada, and posters at employee entrances reminding staff members to shuffle like a penguin when crossing icy paths.

“We even put decals shaped like penguin feet on the floors during winter weather,” said Stephanie Hanner, Sweetser’s Communications Manager. “Our colleagues found it cute and entertaining, but more importantly, the message resonated.”

Stephanie’s creativity paid off. “Since introducing the Penguin Shuffle, we’ve seen an 80 percent decrease in slips and falls,” said Jon Mistos, Senior Director of Facilities at Sweetser, who chairs the organization’s Health and Safety Committee.

Internal communications don’t have to be lackluster. Rather than regarding your workforce as a captive audience, afford them the same attention you would give your most valued customer. Be clever and creative. Use appealing colors and bold visuals in your internal e-mails. Plan your Town Hall meetings around interactive exercises and icebreakers. Conduct surveys to gauge employee satisfaction — and when the feedback rolls in, be prepared to take action.

And for heaven’s sake, don’t be like Sean’s CEO. Is it any wonder his team’s performance isn’t up to par? 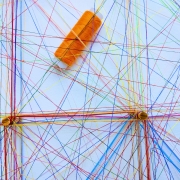 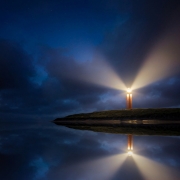 Corporate Communications During A Crisis

Will Extended Parental Leave Ever Exist in the US? 5 Methods for Social Leadership: Try Reverse Mentoring
Scroll to top