I’m a big believer in looking back as an important step in dramatically improving the future. While one traditional time to take a big look back is the transition from one year to the next, why wait?

With two months left in 2010 (and holiday vacation days potentially ahead of you when you could be moving ahead on future plans), how about taking time right now to review the year so far? This will allow you to better prepare yourself strategically for 2011, making sure you’re orienting yourself for new, innovative successes when you get a running start on making them happen.

How to do your quick recap?

Go back through your calendar from 2010 to see how you invested your time, effort, and other resources. While you’re at it, take a quick look through emails, online files, or any other sources which trigger 2010 recollections. As you do this, look for events, ideas, projects, interactions, meetings, articles, lessons learned, and anything else that stands out for good or bad from the first part of the year. Ideally, you’ll have a lengthy list of items which made 2010 noteworthy.

After generating your year-in-review list, revisit the items and categorize them items using the eleven groupings below. These categories will help you think strategically about the ideas, events, projects, and lessons learned you have experienced so far this year and what they might mean in 2011:

If you use this approach now, you’ll have done more personal planning than most people do, plus you’ll be two months ahead of everyone waiting for the end of the year to think about the next. Give it a try, even very informally, and improve your success in 2011. [#WorkTrends] Strategic Learning: How to Upskill, Reskill and Retrain 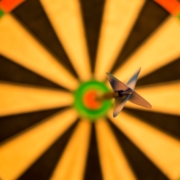