Sometimes, though, medium data can massively move the needle. Particularly when applied to an area that has historically been managed by gut instincts, like talent management.

Bringing ever more data to the human side of business is a natural evolution. Corporations have squeezed nearly every drop of efficiency they can from general ledger, but the line item that comprises the biggest costs has, until recently, not been subjected to the microprocessor’s sharpening stone.

Why? The challenges for people-centric investment decisions are three-fold.

Even the biggest brains in the C-suite whom we (RoundPegg) talk to have a very hard time defining what success looks like on the people front.  And it’s not their fault.

Curly, the Jack Palance character in City Slickers, identifies the secret of life by holding up one finger. The secret is just one thing…and what that is, is up to you.

Ultimately, success at the people level is different for every micro-group within the organization. And because these issues have historically been centrally addressed at the macro level, they’re rarely relevant to a majority of the workforce.

The researchers who study the human side of business have failed Corporate America.

In an effort to diligently tie their work back to the bottom line, they have relied on quantifying the hundreds of billions of dollars lost via our disengaged workforces, or they look at the improvements made at a single organization. Rarely do they have the data to make their macro or micro insights relatable to your company.

Everyone believes their company is unique and, therefore, what worked at company XYZ won’t necessarily work for them. While there is some truth in this, it’s too often used as excuse to disbelieve and avoid change.

In order to find relevance in the research, organizations are forced to suspend belief and make a transitive leap to justify that investing in people will drive to the bottom line. Historically, there has been a great deal of difficulty involved in measuring human performance, so drawing a tight link from talent management to ROI requires more justification than any other business decision.

When medium data is applied to human capital decisions, the results can generate improvements so enormous that nobody believes them. We, as employers, have done so little to improve the efficiency of the human dynamic in the workforce that small changes make massive improvements – particularly when multiplied across the entire workforce.

Nobody is used to seeing ROIs with percentages in the hundreds or even thousands, so disbelief is understandable.

As a result, talent leaders are unable to justify investing in human capital initiatives in their organizations.

Talent science is bridging the gap.

Talent science is simple. It tackles the historical challenges inherent in investing in the human side of business by extracting an ROI using medium data.

Data doesn’t always have to be used in a ‘big’ way to be effective. The new realm of talent science leverages cloud-based infrastructure and increases in processing power to gobble metrics and provide real-time talent management metrics to large organizations.

With talent science you can extract and apply macro and micro metrics to manage every part of your employee lifecycle including pre-hire, development, succession planning and employee engagement.

Along with a plethora of startups looking to match candidates to the right company, Google has taken medium data to the next level to debunk the efficacy of their own hiring practices. Their longitudinal study revealed no correlation between GPA and success on the job.

A recent report in the Harvard Business Review by researchers at the University of Minnesota has shown that using even the simplest of algorithms in the hiring process can improve the rate of success on the job by 25 percent.

Medium data will often trump our instincts. This is not to say that we shouldn’t use our guts in the hiring process, but we must be prepared to make more informed decisions. The alternative is to fall victim to repeating the same mistakes we’ve always made and that we are blind to correct.

Humans are awfully complex, but understanding everyone on an individual level allows managers to tailor their management style to best fit their direct report.

Historically, managers were provided some broad training and left to their own devices. Talent science and the rise of medium data can provide them with actionable insights into who may be at risk of leaving and what the manager can and should do about it.

Back to Google. One of the best studies they’ve done looked at what makes their managers successful.  While the results were not terribly earth shattering, it provided an irrefutable framework against which to look at promotions and succession planning. The best and the brightest contributors were no longer the only ones being taken away from what they do best in order to do something they’ve never done, manage people.

The traditional ‘measure and hope’ model of engagement is broken. Being able to overlay disparate pieces of data from the psychological to the demographic allows organizations to go well beyond simply understanding which pockets of the company need attention.

The broader and more intelligent use of data allows organizations to customize action plans based on the inner workings of groups and the insights gleaned from what drives engagement elsewhere.

Even the smallest pieces of data are completely changing the game on the talent side. No longer are we solely reliant on the subjectivity and whims of our middle managers to determine success within the organization.

Ultimately, the most powerful component of data is that it strips away the subjective. And, if there is one thing that is consistently over-used, it’s the subjective process when it comes to hiring, promoting and engaging people.

The irony is that data is used to inform nearly every decision in Corporate America these days with the exception of those that, arguably, matter most.

We are living in the Dark Ages when it comes to people decisions. Those who start this process now will be dancing on the graves of their competitors by the time the data Renaissance hits in full force.

(About the Author: A serial ‘intra-preneur,’ Brent Daily has always found ways to create new ventures within existing companies. Brent founded Yahoo! Green and, alongside an amazing team, took it from conceptualization to launch in under 100-days. It remains the most popular environmental site online today. It wasn’t until failing brilliantly in his last job that Brent fully recognized the pain of being a misfit within a company. Nothing existed that would help him ensure that this didn’t happen again if he were to continue working for ‘the man.’ Enter RoundPegg. Brent graduated from Stanford’s Graduate School of Business and, at least prior to having two kids, could usually be found road biking through the Colorado mountains.) 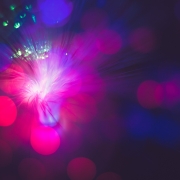 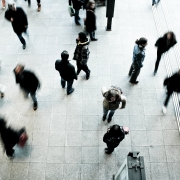 To Access the Data Goldmine, Workforces Need to Be Data Literate
1 reply