As a digital native, I grew up with the web. And by that I don’t mean I just grew up with Internet access, though that’s true. I mean the Web and I grew up together. See, I was just old enough to start using a computer when the Internet hit mainstream America. Since then, it’s amazing to see how much we’ve both changed, and how difficult it is to notice those changes when we see each other every single day.

You have probably heard the terms Web 1.0 and Web 2.0. Web 2.0 has been a hot topic of discussion with the emergence of social media. But what exactly does it mean?

You may remember the Internet in the mid-1990s. It was awful. Most companies had no understanding of how to use the Internet for their business, so they simply posted the same broadcast-style messaging found on brochure ware. That’s what we refer to as Web 1.0.

The term Web 2.0 emerged in 1999 when engineer Darcy DiNucci described an imminent shift in Internet history from static “screenfuls” to two-way communication portals. During the Web 2.0 era, web sites became much more interactive, soliciting input from the user and granting her the ability to publish her own writing, pictures, videos and more. Today, Web 2.0 is often synonymous with “social media.”

Now, we’re on the brink of Web 3.0. It’s a new chapter in the history of the Internet brought on by three distinct characteristics:

Odds are you may hardly ever visit your favorite websites. Instead you probably access the content from those sties through an application or independent program. These applications can be mobile (for the 250 million people accessing Facebook on their phones), desktop-based (for the 20+ million people using Tweetdeck to access Twitter) or both (for the 10 million Evernote users who access their notes on multiple platforms). The web still has its time and place. However, custom computer programs often provide a better user experience. Read Chris Anderson and Michael Wolff’s famous Wired Magazine article on the death of the “web.”

Smartphones will be in the hands of the majority of American mobile subscribers by the end of this year, and almost all of those phones will have 3G or 4G access. That means they will carry the Internet with them in their pockets. Having Internet everywhere means the way we use the Internet will change. A mobile device doesn’t lend itself to full web browsing very well. Many companies are designing watered down versions of their websites formatted for mobile devices. People use mobile web more to “check” their digital lives than to live them.

You might have noticed alternative login methods popping up all over the web asking you to log in with Facebook, Twitter, Google, foursquare or Yahoo. If you dare to click one of those buttons, you’ll find the website your on has the ability to pull in information you’ve entered into another service. This development is made possible through application programming interfaces (APIs), which allow one piece of software to communicate openly with another piece of software. Many software companies now offer APIs so that third party developers can innovate on top of their existing technology. Right now, I feel there are serious conversation fragmenting problems in consumer technology. I can’t even begin to attempt to count the number of places I send and receive messages. My hope is that APIs help to solve that problem.

Eventually the future of the web will take us toward augmented reality, but we’re far from that now. What other indicators do you look for to imply we’re moving into the next era of the web? 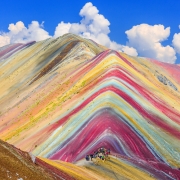 In the World of Our Work, We Are the Architects: #TChat Recap Finding Career Success Without A Job or Internship
Scroll to top