As they look for solutions to the talent crunch, U.S. employers increasingly are turning to international labor pools to fill critical workforce needs — even as political uncertainty surrounding immigration continues to grow.

A report released last year by immigration services firm Envoy said that most U.S. organizations were still actively sourcing foreign talent. The survey found that about 70 percent of employers indicated that having a global workforce was very or extremely important to their talent strategy.

However, the Trump administration has imposed tighter restrictions on individual visa applications, including the popular H-1B program that allows U.S. employers to temporarily employ foreign workers in specialty occupations. So what is a globally focused organization to do in this challenging environment?

We asked corporate immigration lawyer Neena Dutta for her insights into how employers can more effectively secure visas for international recruits.

Understand the Candidate’s Goals and Background

Dutta, who is a seasoned immigration practitioner with a focus on corporate immigration, represents a variety of employers who wish to sponsor individuals or teams of employees. She says that given the complexity of the visa process, there is no one-size-fits-all process for employers looking to recruit foreign workers, but there are few guidelines that can make success more likely.

Dutta says the first step when sponsoring a worker is usually to determine what that individual’s end goal is — most importantly, whether they’re looking to stay in the U.S. on a short-term or long-term basis. The next question to ask, she says, is “what nationalities do you have?”

“That might seem like a strange question for some employers to ask, but it can make a huge difference,” she says. For people from countries such as Australia, Canada and Chile, there may be special treaties or regulations that can make a significant impact in the visa application process.

It’s also important to fully understand a candidate’s education credentials. Dutta says that in the eyes of the immigration system, a candidate wrapping up a college degree is not the same as a candidate with a degree.

For example, a candidate who is applying for a visa and is on track to complete a master’s degree in their home country in six months will not be treated the same through the application process as a candidate who has already secured the degree. It’s an even more important distinction, she says, given U.S. Citizenship and Immigration Services’ lottery-based system that holds visa slots for 20,000 candidates with master’s degrees or higher and a larger applicant pool with a bachelor’s degree.

“The slightest change in facts can make or break it,” she says.

Find an Expert to Lean On

Dutta says one of the biggest mistakes HR professionals make when recruiting foreign workers is failing to include their immigration counsel in the process once they decide to make an offer.

Sometimes HR may decide to move forward with an international candidate because it feels the candidate is a good talent fit and long-term investment for the company, even if it isn’t sure if the candidate can work after 12 months, Dutta says. While HR is restricted from asking certain questions, an immigration attorney tends to have more leeway, she says.

For example, she says, a candidate could inform an organization’s immigration counsel about a change in their marital status or dual citizenship that could alter the facts surrounding their work eligibility — information that HR would not be able to turn up on its own.

Dutta says discussing difficult issues surrounding foreign workers with outside immigration experts can save HR considerable trouble over the long run, even if it’s just a few minutes on a conference call. “It doesn’t have to take hours and hours to do it,” she says. “Sometimes people just give me a quick call. It’s always better to run it by somebody else.”

An outside expert can also help an organization navigate internships for foreign students, a common problem area. “Even when the person’s volunteering or doing free work, you have to be really careful that they’re not violating their visa,” she says.

Get a Long-Term Plan

The Trump administration has proposed or enacted a number of new restrictions on high-skilled foreign workers, changes that are expected to increase the number of denials for H-1B petitions.

Among the biggest proposed changes for employers is in pre-registration requirements for H-1B visas, an electronic process that can be burdensome for smaller companies, she says, but there are a number of policy changes that will likely require adjustments by employers.

Dutta suggests studying up on the regulatory changes and developing a process to help ensure your organization doesn’t miss important deadlines — such as the April 1 date each year when the USCIS begins accepting H-1B applications. The slots are usually filled just a week later.

“Long-term planning has become essential,” Dutta says. “It’s really difficult to sponsor someone last minute. You have to look to the future — one year, five years, what’s the plan? — which is difficult in today’s work environment where people move around so much.” 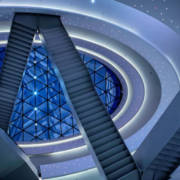 #WorkTrends: Advice for the Next Generation at Work
Scroll to top