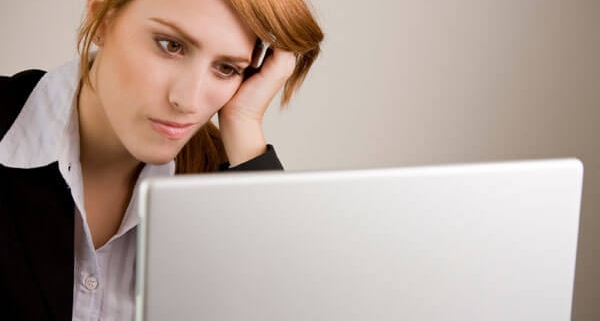 Whenever we encounter someone who we have an inherent prejudice against, whether conscious or unconscious, we begin to experience a degree of stress. When we are stressed, we release the stress hormone cortisol, which limits our capacity for empathy while also causing repetitive negative thinking. If you have prejudices against several types of people, it is likely that your cortisol levels will be consistently high. In addition to causing negative thinking excess cortisol also causes weight gain, inflammation, hair loss, breaks down muscle tissue, causes flabbiness, depression, anxiety, and memory loss.

The Origin of Prejudice

Once you realize that we all have probably learned inaccurate views of others early in life, we have the opportunity to change our perceptions from fear based to truth based. We live in a time where people are highly stressed, have low trust levels, fewer friends and prejudice in our society has reached significant heights.

When our perceptions are distorted stress becomes prevalent. One of the greatest achievements our minds can accomplish is to be able to perceive others and ourselves accurately.  Children idealize their parents and other authority figures early in life, if one of your parents, uncles, aunts, and older siblings talks disparagingly about a particular race, culture or religion the likelihood that you will be influenced by these incorrect preconceptions is quite probable.

Not long ago, at the pleading of his mother, I interviewed her son who had become a white supremacist. As I entered my waiting room, I was greeted with, “So you’re the WAP doctor my mother wants me to see.” He was unquestionably trying to provoke a reaction. When he didn’t get the response he expected he began a rampage about how the blacks, Hispanics, and Jews have ruined our country and if I had a brain in my head I would understand the truth about what is happening rather than being one of the liberals defending them.

It wasn’t difficult to observe that Chris is a quick reactor, and quick reactors are ruled by their emotions, not by their thoughts. The key to understanding prejudice is using empathy to uncover the root of bias and the negative physical effects it causes.

Empathy is the capacity to understand and respond to the unique experiences of another. It is not an emotion or a feeling but a function that is innately present. Empathy is part of our genetic endowment; it is essentially our ability to read others accurately, to see beyond the surface into the soul of another human being. Empathy is often confused with sympathy. Sympathy, as opposed to empathy, occurs when we identify with another persons’ experience even if we do not know if our experiences are similar.

You hear a neighbor is being transferred to Texas and you immediately respond and say how sorry you are that her family has to move. She responds by telling you that she is going to work for her sister’s clothing chain as a buyer and it’s the job of a lifetime, plus she and her husband will be near family and close to her old university and college friends. You realize, with embarrassment, that your quick reaction was not factual but emotional, projecting how you would feel rather than slowing down and gathering the facts.

The Story Behind the Story

As I tolerated Chris’s aggression, and aggression is almost always a sign of insecurity and fear of vulnerability, he was able to tolerate my asking a few questions. As I asked a few historical questions, he revealed that he grew up outside of Boston in a poor neighborhood. His alcoholic father left the family when he and his brother were in grade school, his mother worked two jobs, and the boys were often left alone to fend for themselves.

I mentioned that I sensed his hatred of Blacks seemed to run very deep. He told me that he and his brother were the only white kids riding the bus to school and they were taunted and bullied all through grade school. As we returned to the origin of old hurts, his anger and distorted view of African Americans became apparent. His childhood pain-loss of his father, overwhelmed mother, being taunted on the bus and in school-led to the cognitive distortions of overgeneralizing, black and white thinking and emotional reasoning (being ruled by emotions rather than objective thinking).

My meeting with Chris proved revealing for several reasons. When Chris was in his aggressive mode, his intensity caused the release of the stress hormone cortisol, cortisol blocks our ability to be empathic and as I mentioned earlier causes repetitive negative thinking. When I was able to slow down the conversation, ask open-ended questions and get to the root of his prejudice we were relating in a much calmer, more open fashion. Empathy releases the hormone oxytocin, also called the love hormone or the connecting hormone. While cortisol makes us fearful, oxytocin makes us feel comfortable, secure and in a position to give and receive empathy. Oxytocin reduces anxiety, reduces the release of cortisol, reduces addictive craving, and most importantly reduces aggression, fear and bias.

Empathic listening is slow listening; it is thoughtful and fact based. As Chris talked about his traumatic experiences, he was initially angry, but when I pointed out how he seemed to be using anger to hold back tears, he softened and began to talk more rationally. I complimented his intelligence and commented that I doubted that he believed Barack Obama was an unintelligent man, as he had stated earlier. I didn’t ask him to agree with our president’s views but rather asked him to tell me what he experienced when he heard President Obama speak.

After some back and forth he said, “ Ok I admit he’s not dumb, but he is wrong about how to run this country.”  We agreed to limit the political discussion, and we also granted that one prejudice Chris had maintained most of his life was not accurate. And lastly, we acknowledged that if one bias turned out to be based on old hurts, not facts, the possibility of other prejudices being in the same category was worth exploring.

My brief encounter with Chris was similar to many I have had with people who are plagued by prejudices. As indicated earlier prejudice increases stress, stress releases the hormone cortisol, and cortisol limits the ability to be empathic and also causes narrow, biased repetitive thinking. Empathic interactions release the compassionate hormone oxytocin, which in turn limits the release of cortisol, and creates a sense of safety and security, allowing for old hurts to be uncovered and resolved. Empathic CBT provides a formula for un-learning prejudicial thinking and restoring the ability to perceive accurately.

Reasons to Hire for Culture Fit Over Skill Set