Generation Z is moving into the workforce, causing more disruption in the job market. They’ve arrived during record-low unemployment and when the search for talent at all levels is extremely competitive.

These workers, the oldest of whom were born in the mid-1990s, may be the first digital natives your company hires, and the role of technology during their candidate experience will be crucial. It’s also something that many employers get wrong.

“When thinking about what Gen Z expects from the candidate experience, the first thing that comes to mind is ‘not much,’ ” says Kendall Hill, co-founder of Job Society. “I know that sounds kind of odd because we’re told that they hope for a lot and expect a lot. But what they’ve experienced so far is telling them to set their bar very low.”

The impersonal reality that these candidates are facing is the opposite of what they’re asking for when it comes to applying for open positions.

One chief concern is the overabundance of automation in the application process. A reliance on keyword filters, extensive lists of requirements and other elements that treat applicants like a checklist are making the process feel unwelcoming.

“We see this across generations, from boomers to Gen Z candidates,” says Stephanie Ranno, director of enterprise business development at TorchLight Hire. “When you’re applying online using an applicant tracking system or going through an aggregator, it’s easy to apply to massive amounts of jobs and even easier to hear nothing back.”

Unfortunately, some of Generation Z’s tech expectations can compound this concern. This generation mostly grew up with a smartphone or tablet in their hands, so they expect the application process and the candidate experience will be mobile-friendly.

Looking for Connection and Confirmation

As with applicants from previous generations, members of Generation Z are hoping to hear from a live human within the first few steps of an application. As the process drags on to multiple rounds of emails — or recent trends like having candidates record a video of themselves answering interview questions — Gen Z candidates can get frustrated and drop out of the running for that position.

“I’ve talked with candidates who have applied to more than 100 jobs in a few weeks, but they only hear back from two. The fact that they’re excited just to get an auto-response is telling of how employers are treating job seekers,” Hill says.

This desire for personal interaction speaks to the values that members of Gen Z hold and of what they want from an employer.

“They want to believe in your company’s mission and find the work meaningful,” Ranno says. “More than catered lunches and more than foosball tables, Gen Z is asking ‘What do I get as a person and how will I receive it from my employer?’ ”

In past tight job markets, recruiters and staffing agencies were often able to place candidates sight-unseen. Companies needed help and candidates were just happy to have found work. While the market is hot today, Gen Z candidates are pushing back against this trend.

“They’re not willing to take just any position, even temporary assignments, without having a vote and evaluating the company just as much as the company is evaluating them,” Hill says. “They don’t want to be treated like a commodity.”

That shift is found across demographics and is viewed as a reaction to the employer-driven candidate experience of the past recession. However, for many members of Generation Z, it’s the only job environment they’ve known.

“Gen Z is used to Yelping everything. Do their friends like something? Do strangers like it? What do past employees say? They’re reference-checking you during the job hunt,” Ranno says.

Learning About Paying Their Dues

According to Pew research, Generation Z is on a path to being the most diverse and best-educated generation ever. That’s already bleeding into the workplace in a way that can frustrate both job seekers and employers.

“This might be limited to Washington, D.C., and other major markets, but we see many in Gen Z move here with unrealistic expectations about what roles their education can allow them to take right away,” Hill says. “Education isn’t a golden ticket to the best job a company has, and we need to teach Gen Z that it’s OK to walk in and secure a more entry-level position.”

The majority of these positions require significant education qualifications, even in entry-level positions. Employers may need to work with job seekers and justify the reason for intense requirements in job descriptions or during the interview process. However, that type of discussion and reasoning could be a positive way for a company to create the personal connection applicants desire.

The underlying theme of Generation Z’s expectations for the candidate experience is also something that hiring managers seek out during the hiring process: respect.

“Gen Z candidates want a little more, and look for a mutual relationship,” Ranno says. “Social media defines the way they interact, and companies need to recognize this. The customer-facing work they do also shows what kind of employees they want and sets how these employees expect to be treated.”

One of the most significant hurdles facing both employer and applicant is learning how to be respectful in a changing business setting, Hill says. “Many Gen Z workers are still learning professionalism, office etiquette and what makes a professional email different than a text message. Employers need to be willing to help educate and support them as they get over these hurdles,” he says. 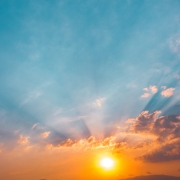