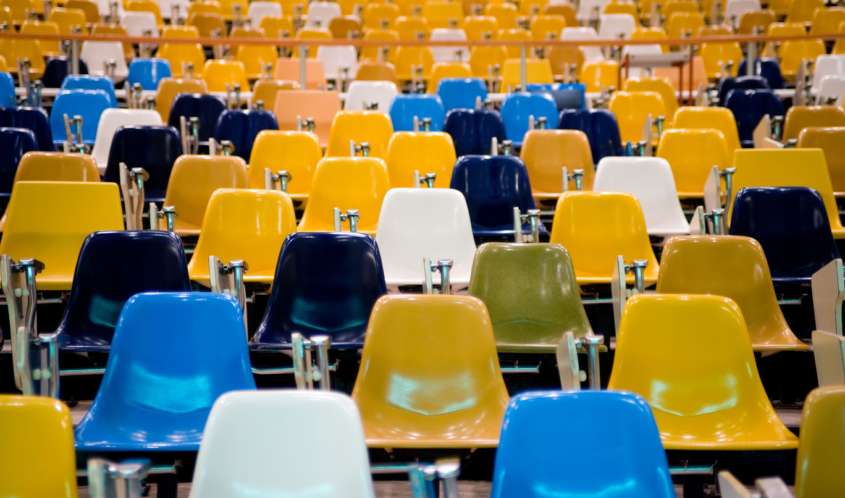 Joe Milner, the talent acquisition manager at educational publishing and assessment giant Pearson, was at a campus event in Northern California when a company executive broached the idea of bringing in some of the promising students to the company’s primary locations in other states for interviews.

“We started to do the math on airfare, hotels, all that stuff, and it starts getting expensive,” Milner says.

It’s a common problem. How to scale up and diversify entry-level hiring across multiple college campuses is a conundrum that is front and center for many organizations as the labor market continues to tighten.

Recognizing this new reality, Pearson has decided to leverage technology and create virtual job fairs that allow it to interview groups of candidates from multiple campuses simultaneously via videoconferencing. “This is really going to give us a chance to not just limit ourselves to the local candidate pools,” Milner says. “It’s going to be a real positive for us.”

More companies are turning to virtual career fairs to find more diverse, qualified talent from a wider pool of colleges.

Career fairs of all types remain a vital way to connect with top young talent across nearly all industries. According to an analysis of the 2018 campus recruiting season by talent acquisition technology firm Oleeo and employer branding firm Universum, on-campus events and career fairs ranked behind only employer websites among the top ways students learn about job opportunities.

Campus events are an important component of Pearson’s talent recruitment strategy, particularly for associate software engineer and associate project management roles within its technology organization. The strategy largely has been centered around physical career fair events at key corporate locations such as Phoenix, Boston and New Jersey, Milner says, where graduating college students would attend in person.

“That left a ton of potential talent out there,” Milner says. “We started looking at how we could leverage technology to start doing virtual events.”

The company turned to Montage, which touts its single solution to “engage, interview and hire better candidates, faster.” Its system allows hiring managers to leverage video, voice and text messages to connect with and interview groups of candidates, and it also offers AI-powered chatbots to help schedule the sessions.

For Pearson the goal was to replicate aspects of its very specific real-world career fair formula in a virtual setting.

At its on-site fairs, Pearson typically brings in groups of 15 or more students who are set to graduate within 60 days. It breaks them up into different phases, with some students completing one-hour sessions in which they can showcase their programming knowledge. Next, the company runs them through speed interviews in which multiple managers and team members conduct six-minute interviews on different topics. The events end with a group problem-solving exercise that allows the company to see how individuals engage with each other.

“It gives us a chance to really get a wide range of insight into the candidates, but also allow them to meet quite a few of our different managers too,” Milner says.

For its first virtual fair, which took place this year, Pearson kept it small, inviting six students from different universities around the country who had indicated they were on the job market. Milner says the candidates seamlessly rotated through video interviews with different hiring managers in a range of departments.

“We ran them through a similar process using Montage as the primary interface,” Milner says. “It went well. We felt like it was able to allow us to really get to know these candidates, almost as much as when they’re in person.”

Milner says the actual technology required very little training for the hiring managers, who were already familiar with videoconferencing. It also proved immediately successful: Pearson offered positions to two candidates based on the virtual interactions alone, and one is set to start this month.

“The biggest takeaway is that it’s a great chance to be able to explore some students from other schools to make sure we’re getting exposure to some great talent out there,” he says. “I think this will be a necessary part of our recruitment mix.”

Mike Cooke, an account executive at Montage, says that in addition to allowing companies to greatly expand their reach to find talent from often-overlooked campuses, virtual career fairs offer efficiencies and cost savings for HR departments. For example, he says, a company could schedule a candidate for a two-hour virtual window and assign a hiring manager for each 30-minute section. “There’s not the coordination with the campuses,” he says. “There’s no traveling for their hiring managers. There’s time reduction, there’s cost reduction.”

Cooke says interest in virtual career fairs is increasing as the labor market becomes even tighter. “It’s a very hot topic right now,” he says. “I think it’s ultimately the labor shortage. It’s so hard to find the right candidate that simply going to your local campus to hire, or a couple of major campuses throughout the year, isn’t enough. There’s talent at some of these smaller campuses that is being missed.”

#WorkTrends: The Bridge Between Work and Technology
Scroll to top