I’m not waxing poetic about the spiritual carol. I’m talking about my 17-year-old son.

Most of what is being written about this generation (1996-current, which is 23 million strong in the U.S.) is about what the heck to call them: Generation Z, Plurals, Media Gen, or iGen, which seems to be winning. I say, who cares? Let’s talk about what it’s like to work with them, because they are very different from their Millennial big brothers and sisters.

My kid shakes his head at Facebook and stares blankly at the thought of reading a paperbound book. This new generation that is hitting your workplace as I write is serious about adventure and integrating into something that is meaningful to their intimate tribe.

Unlike his older sister who was born eight years ahead of him, this kid was a baby during 9/11 and has no memory of it. It is simply his historical reality, as is a large volunteer military that fights and creates heroes and madness in sandy places. And, I may add, attracts his serious nature.

The American dream is alive and well. But the Great Recession has made him serious about work (not school, but work) and driven to consume. And because he is only 17, he’s not really clear, yet, which comes first. Because most of his salient life has been in a time of loss and shortage, he has no illusion that he is “entitled.” He is not. He will work hard and be happy for that work. He just wants to be treated with respect. Disrespect him, and he is out the door.

Since all of his life has been spent learning thus far, he knows that if he wants to know something he has access (in his hand) to the largest encyclopedia ever … YouTube. He can fix a motorcycle, reboot an operating system, have sex, or bake a pie by watching a short video series.

“iGeneration was born with consumer-driven capitalism at its core and altruism at its heart. Never before has there been a generation so globally plugged in and so informed.” – Stefan Pollack, PR Weekly

He knows that with Prime, things arrive on his doorstep, in two days, with one click. The whole world in his hands.

And, contrary to popular thought, he’s not as social (as in social media) as his sister. He has access to an even quieter roar. A network of friends and influencers who will quietly (and by that I mean so his parents can’t hear) guide his choices and decisions in a new and private language: TXT.

The Center of Generational Kinetics:

Here is some of their reality:

“They are driven by endless possibilities and are actively exploring them—jobs, travel, love, sex, identity, and location. This generation collects experiences more than money.”

Here are my observations about the one I know:

The peak of the iGeneration are in college now and youngest are babies. They are posturing to take on the serious societal challenges that face us. They are a cultural, generational force, and I believe that if Millennials are the creative generation, then iGeneration has the capacity to focus and be problem-solvers.

Pay attention: iGeneration really does have the whole world in their hands. 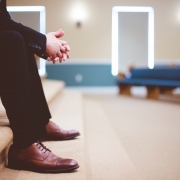 5 Ways to Build a Great Candidate Experience in 2020 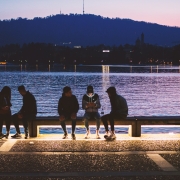