“I feel my spirit resist, but I open up my fist, and lay hand over hand over, hand over fist.” –Neil Peart

The last bag left the belt. Another golfer from the group of four men hauled his clubs onto the floor and continued talking excitedly about the weekend ahead. The metal-banded belt continue to circle round and round like an empty plane waiting for its signal to land.

Once it stopped, there was no one left in the small baggage claim area, only me standing there willing my suitcase to appear. When it didn’t after a few more minutes, the pastor from my parents’ church who was picking me up waited patiently while I filled out the requisite lost baggage forms.

“My dad’s remains are in my bag,” I told the guy behind the counter.

He looked at me, legitimately sympathetic, and then went back to viewing his computer screen. “I’m really sorry. The good news is that your bag is still in San Francisco and hopefully we can get it on the next flight here tomorrow.”

Hopefully, I thought. This was now the second time in a row in just over a month that my bag hadn’t made it from San Francisco to the small town of North Bend, Oregon.

“My mother’s memorial is tomorrow and I really wanted his remains to be there with her,” I added.

“I’m really sorry, Mr. Grossman. If we could get it here today we would, but again, there aren’t any more flights to here or Eugene until tomorrow.”

I didn’t care about the other stuff in my suitcase. I only cared about getting my dad back to where he belonged so we could say goodbye to both him and Mom, their passing only four months and a day apart. I didn’t care that during 2012, the nation’s largest airlines reported the lowest rate of lost or mishandled luggage since federal officials began keeping the data in 1987. I didn’t care about what problems the airline had with their plane or the weather. I only cared about getting my dad back home.

That same night, I ranted a little online, and with a little help from a “socially” influential friend, Jessica Merrell, who got the attention of United on Twitter. The response was immediate — the authenticity of their outreach and customer service was a human touch not spoke of frequently about the airline industry (even if you fly Southwest a lot).

Two days later my father’s remains arrived in Oregon along with my belongings. Granted they didn’t make it the next day, but the humanity I felt every time I checked in with United, the sincere condolences they gave me and my family, and at every touch point since, eventually receiving reimbursement for replacement items and other compensation, was enough to quell the frustration and helplessness I felt.

This is what brand humanization means to me, one common touch at a time. “Hand over hand is the strength of the common touch.” This is the large enterprise and the individual communicating and connecting with one another as if they were two people bumping into one another on a busy city street, only instead of cursing, glaring and moving on our un-merry way, we stop and apologize and shake hands. Even if we never see each other again, we’ll never forget the common touch.

Brand humanization is all about mindful civility and courtesy in commerce in an otherwise harsh, unrelenting environment, like living on the farthest planet from its sun. Creative marketing campaigns and social media democratization aside, it’s the common touch and connection that humanizes our personal and the corporate brands today.

Because it’s always personal, isn’t it?

“Take a walk outside myself in some exotic land. Greet a passing stranger — feel the strength in his hand, feel the world expand.” 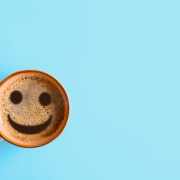