Social media has entered every corner of our lives. Facebook alone has more than a billion users, each averaging 15 minutes a day on the site. From the accumulated star ratings on websites to jobs found through LinkedIn and sharing holiday photos through Facebook, this crowded, chaotic world of human interaction is everywhere.

Like any technological change, the usefulness of social media is directly related to the human skills used to apply it. Social media is now a huge part of any company’s approach to marketing, and while it’s less prevalent in recruitment, it is playing a role there. But that role is changing, has already changed since the early days of social media, and is changing the wider face of recruitment. The trends that have shaken marketing are now gaining momentum in HR, and if we can learn from marketing’s experience, then we can get ahead of the recruitment curve.

Like Marvel’s superhero movie franchise, marketing’s use of social media has been marked by a series of distinct phases. And like waves in an ocean, the impact of each one is still felt long after something new has taken its place.

The first phase, and an approach still as prevalent as it is old-fashioned, is what Seth Godin refers to as interruption advertising. This is the pre-internet approach to advertising, in which the aim is to reach as many people as possible as often as possible, wearing them into submission with the power and ubiquity of your message.

In recruitment terms, this is using the advertising banners provided on social media sites, as well as projecting your recruitment ad through your Facebook, Twitter, LinkedIn and other channels. It’s a high-volume, low-thought approach, but in an age when we’re all glued to our screens, it can attract recruits.

Godin’s response to interruption advertising, widely read in his best-selling books, is permission marketing. This involves getting permission from potential customers to send them information, and gradually building layers of permission into a relationship where they are receptive to your particular message.

This is the sniper rifle to interruption advertising’s sawed-off shotgun — abandoning the scattershot approach in favor of focus and power. While its application to recruitment may not be obvious, it is potentially potent.

Each time you advertise for a job you receive more applicants than you need. Many of them might have made fine recruits if only you had another space for them. So why drop out of contact when they don’t get the job? Why not get their permission to stay in contact, to send details to them when other jobs come up? To draw them back in rather than lose them entirely?

And in finding recruits to start with, why not build relationships with the sorts of recruits you want in advance? Create mailing lists for different types of jobs, and give interested parties the opportunity to be informed without needing to go through the effort of application. Use this to show the benefits of working for you, and use it to draw the right candidates in, rather than making a big advertising splurge with no certainty of whom you’ll reach.

This involves developing a better understanding of the recruitment pool you’re after, just as a marketer must understand their market. It gives you the opportunity to add personality to your social media contacts in a way that will strike a chord with the right people, and so to better recruit.

The world does not stand still, and social media is moving faster than many other parts. So where is social media marketing and recruitment heading next?

Itamar Simonson and Emanuel Rosen, the authors of Absolute Value, believe that it lies in understanding how far people are influenced by the opinions of others and in looking at how to shape those opinions. In recruitment terms, this translates into getting your jobs recommended by employees and third parties, people potential recruits might trust, rather than just through unfamiliar recruiters. It’s a way to build authenticity and a personal touch into the process, to attract the attention of people who might otherwise not be interested.

Using the huge data available on social media may be another tool. The information is out there for you to better understand what sort of personalities you want to recruit and where to find them. This is where big data and social media meet, letting you trawl the whole world’s talent pool in a proactive way, following the data trail to the people you want and then reaching out to them through social media. Some candidates may find it creepy, but many will consider it a compliment, and it lets you become ever more focused in your recruitment. It can become the route to a permission recruitment relationship.

What Will Your Strategies Be?

These strategies are not mutually exclusive. Interruption advertising can cloud the waters for permission recruitment, but it can also be its foundation. Recommendations and data analysis are no good if you don’t have ways to put your job out there and let people know how to approach you.

Recruitment is changing at an ever-accelerating pace. Whatever the eventual outcome, the winners will be those who step up first, who take risks, try new strategies and show what can be done.

About the Author: Mark Lukens is a founding partner of Method3, a global management consulting firm. Most of Mark’s writing involves theoretical considerations and practical application, academics, change leadership, and other topics at the intersection of business, society, and humanity. 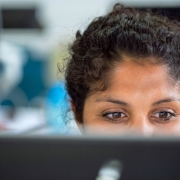 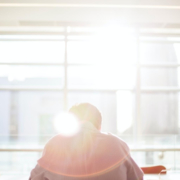 Why You Should Recruit Introverts — and How