Technology has rapidly developed In the last twenty years.In the early days of the computer, people spent their work days battling dinosaur hardware while bitterly wishing the technology would catch up with the scientific wonders seen in the 1965 television series, Lost in Space.

By the time I eagerly watched Friends star, Matt LeBlanc, star in the 1998 movie remake of Lost in Space, software developers like PlaceWare and Starlight Networks released software that allowed organizations to host online conferences with live chat. The digital age was in its infancy.

As the communication software was incorporated, companies began to offer employees the ability to work from home (telecommuting) as an additional perk.

Today, according to USC’s infographic How the Digital Age Shaped Communication Management, about 24% of American workers have been given the luxury of working at least some of their hours from home every week.

The Perks of Telecommuting

The ability to telecommute has many perks. The biggest, as far as I see, is the ability to remove the daily commute from your life.

According to Pepperdine University’s infographic The Daily Commute in Your Rearview Mirror, every year the average commuter spends $1,129 on gas. Do you know how many copies of Lost in Space I could buy for 1,129 dollars? 225. On Blu-Ray! In all seriousness, the ability to eliminate the daily commute would allow me to utilize those funds to repay my student loans or create a nest-egg for the future.

Telecommuting also saves a significant amount of time. The average commuter spends around 25 minutes each day traveling. My own commute is closer to an hour every day. That’s 4 hours a week, 16 hours a month, or 192 hours every year that I spend traveling to and from work.

The Dangers of Telecommuting

I spend what amounts to 8 days traveling to and from work. Despite that fact, every time I hypothetically consider telecommuting, I get an image of the robot from the television version of Lost In Space waving his arms around while saying, “Danger, Will Robinson! Danger.”

Here’s some bad news. Telecommuting is not for everyone. Why? Not everyone has the personality or the work ethic to telecommute efficiently. Here are some types of people who should refrain from telecommuting:

Introverts who have limited out of work social interaction. In college, I could go days without speaking at all. These days I’m a tad more social, but I still spend large chunks of my three-day weekend not interacting with other people. Introverts may recharge during periods of silence, but they’re happiness is still dependent on social interaction. And employee productivity, according to Ohio University,  is closely linked to happiness. Introverts should either telecomute part-time, plan how they will receive their social interaction, or sign-up for a traditional on-site workday.

Individuals who have a hard time staying on task. Telecommuting requires a lot more self-control than the traditional 9-5. As a 9-5er, I experience one ten second to twenty minute urge to take the day off. Telecommuters, away from the watchful eyes of management, can experience the urge to flake on their work duties at every moment of the day to watch a rerun of Star Trek.

If you were one of those individuals who skipped class in school or decided not to do your homework, you might want to become a 9-5er. While at work, you can retain your job and work on developing good work habits. If you do decide to telecomute, it helps to establish a designated work area at home. While in that area, you work. While out of it, you play.

Technology has granted more individuals the luxury to telecommute. The ability to work from home, allows individuals to save money and time. Not have one has the habits and the personality to claim those perks. One day, we 9-5ers who can’t telecommute will have the skills, the self-control and the social life to incorporate telecommuting into our lives. Until then, we’ll just have to watch how other individuals telecommute. Like the technology explored in Lost in Space, one day we’ll catch up. 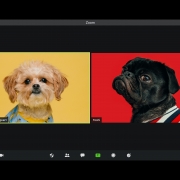 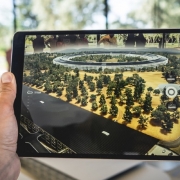 5 Reasons Your Employees Leave (And 1 Big Reason They Stay) Are Your Recruiting Practices Scaring Good Candidates Away?
Scroll to top