Every HR professional and manager has had to have a tough talk with an employee about his or her performance. Sometimes it is in the context of an annual appraisal. Other times, it may be a final warning prior to termination. But regardless of when the discussion happens, careful planning is necessary. Otherwise, the wrong things may be said or done, and difficult conversations can quickly evolve into difficult lawsuits. Here are 11 tips to help take some of the pain—and risk—out of those closed-door meetings.

Understandably, many of us defer uncomfortable confrontations. But while we’re procrastinating, the employee may be well-aware that a performance discussion is in the offing—and may use that to his or her advantage. For example, the individual may consult with a lawyer and allege a legal wrong, engage in protected activity, or take protected leave.

When situations like these occur, they put you in a tough spot. That’s because when you finally have the difficult conversation you’ve put off for so long, it may appear retaliatory.

Delaying only gives the employee power to make a pre-emptive strike. If you must defer the discussion, document what the conversation will be about, when it will occur and why you have to wait to talk at that particular time.

People often try to break the ice at the beginning of a difficult conversation with casual chatter. It is understandable but problematic. No good can come from starting with “How is your daughter recovering from her surgery?” Well-intentioned though it may be, this question could result in a discrimination claim under the Americans with Disabilities Act (ADA).

Treat the person respectfully, but don’t engage in small talk to put off the issue. Acknowledge immediately that this is going to be a difficult conversation about serious performance issues.

Ideally, you should prepare two documents before meeting with the employee. The first lists talking points for yourself; the second is a document for the employee.

Consider giving the memo (or appraisal) to the worker at the beginning of the meeting and allowing him or her a short period of time to review it. After all, you have (hopefully) spent considerable time writing it, so give the employee some time to digest it before you begin discussing the situation.

Of course, you should broadly identify where an employee’s performance has fallen short, such as in the area of customer service. However, without more information, such generalities provide little guidance. They also don’t offer the employer much support in the event of a claim.

Provide a number of specific behavioral examples of times when the employee did not meet objectives. If you are recounting only a small sampling of many such incidents, make that clear.

When an employee fails relative to performance expectations, the employer may be disappointed or even angry. You may want to say, “You don’t care” or “You’re not trying.” This is ill-advised, for multiple reasons.

First, intent is largely irrelevant. The issue is results.

Second, you can’t prove intent. An employee has the upper hand in being able to demonstrate how hard he or she has tried.

Finally, by impugning intent, you are, albeit unconsciously, attacking the employee. When attacked, employees fight back.

It is critical that managers do not inquire or speculate as to whether a physical or emotional condition or a work/life management issue may be giving rise to the performance deficiency. For example, if you ask an employee whether he or she is depressed, the worker may answer, “Not anymore. Now I have a perceived disability claim under the ADA.”

That does not mean that you should not try to help. Just don’t speculate as to the reason for the performance deficiency.

There are plenty of supportive things you can say, such as, “We want you to succeed. Is there anything we can do to help?”

If the employee mentions a disability, condition or religious belief, you must begin an interactive dialogue.

No employer is perfect, and sometimes an employee’s failings are due to those of the organization. If that is the case, the worker should not be held accountable.

However, too often managers say things like, “It’s probably just as much our fault as it is yours,” simply to soften the blow.

That can come back to haunt you. In fact, in a case I handled many years ago, an employee used a similar statement from his employer as evidence that the organization was at fault rather than the worker and that the reason given for terminating the employee was a pretext.

Don’t take responsibility unless you are responsible.

Of course, before having a difficult conversation, you need to make sure that there is no bias. However, even when the employer has a legitimate cause for complaint, sometimes individuals use words that may hint at discrimination.

For example, what might be the problem with labeling one employee as “too emotional” and another as “too rigid”? If you guessed possible gender and age discrimination, respectively, you are correct.

In the first instance, an employee yelled and then failed to meet her deadlines. In the second, the individual refused to do what was being required of him.

The behaviors were unacceptable, but the labels suggested bias.

It takes only one example to the contrary, and the statement you have made is no longer accurate and may be evidence of pretext. The argument: You are exaggerating in an attempt to “get” the employee because he or she is [fill in the protected category].

Give employees an opportunity to talk. Sometimes the worker has a valid point—or may provide clues as to why he or she is underperforming. With that may come a road map for improvement.

As important as what the employee says is what he or she doesn’t say. If an individual says nothing and later claims he or she was denied a needed accommodation, the prior silence may help the employer defend itself from the employee’s subsequent lawsuit.

Yes, you need to clarify what the problems are. But you must also articulate what your expectations are going forward.

Set specific objectives and talk about when you will meet to discuss them—then do it.

Remember, the primary objective of the difficult discussion is not to create a record that can withstand scrutiny. That is the secondary purpose.

Rather, your first goal is to enable the employee to make the needed improvements so that both he or she and the organization can succeed.

This blog is not legal advice, should not be construed as applying to specific factual situations or as establishing an attorney-client relationship.

A version of this post was first published on HR Magazine and is republished here with permission from SHRM. 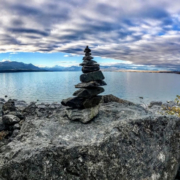