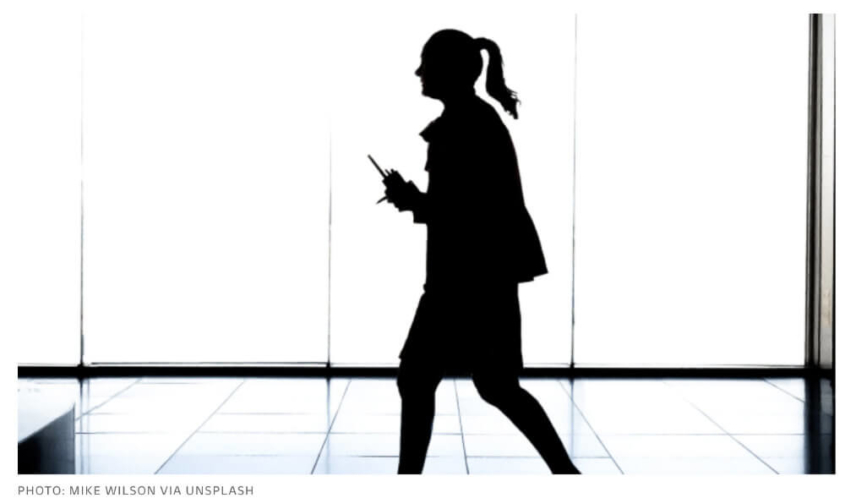 Author Emily Esfahani Smith explains why the pursuit of happiness backfires–and what we can do about it in the jobs we already have.

For as long as human beings have existed, they’ve yearned to know what makes life worth living. Plato described man as a “being in search of meaning,” and the first great work of literature, the 4,000 year-old “Epic of Gilgamesh,” is a hero’s quest to live a meaningful life in the face of mortality.

“What the research shows is that this pursuit of happiness tends to make people feel unhappy.”

Today many of us are no less interested in creating a life that matters. The question is how, and it’s one that Emily Esfahani Smith takes up in her deeply researched new book, The Power of Meaning, where she finds that many of us may be chasing the wrong thing. So much self-help and career advice is geared toward helping people pursue happiness, but Smith believes our needs go far deeper than that.

A meaningful life, she argues, isn’t quite identical with a happy one. But the good news is that fulfillment and purpose may be closer within reach than perfect happiness is—and ultimately more satisfying anyway.

TRYING TO BE HAPPIER MIGHT BE MAKING YOU MISERABLE

Smith traces our happiness obsession to the positive psychology movement begun in the late 1990s. Today, “happy” workplaces are heralded in business, and thousands of studies published annually describe all the ways we can supposedly make our lives happier. All of this, she says, has driven us off course.

“What the research shows,” Smith told me recently, “is that this pursuit of happiness tends to make people feel unhappy.” We think career success will make us happy, or that being wealthy or in positions of power will get us there. But when they pursue those things, Smith says, people are “not finding what they expected.”

In a study Smith cites, one group of participants was told to spend the next 10 days doing things that made them feel happy (like sleeping in, playing games, and going out to eat). A second group was told to use the same 10 days to do things that felt inherently meaningful (like helping out a friend or colleague or performing small acts of generosity and kindness). But when these same people were brought back three months later, those in the first group admitted to feeling no better off; their feelings of happiness proved ephemeral. Those in the second group found that the things they did in those 10 days produced a sustained “well-being boost.”

“‘Comfort and ease’ are the words psychologists use to define a happy life,” Smith explains, but a truly meaningful life is going to be hard and stressful at times. “The truth is that it’s life’s struggles that create meaning, so it’s time we acknowledge that a meaningful life is inherently a good life even if we’re not feeling ‘happy’ all the time.”

And ironically, enough, when we pursue meaning, true happiness tends to follow.

“A primary goal of people who’ve found meaning,” Smith says, “is to make life better for others. Their objective is to do good in the world, add value, and adopt a service mind-set.”

Nodding to the work of Wharton professor Adam Grant, Smith says that a meaningful life requires being a “giver.” When we reframe our day-to-day tasks as opportunities to contribute to others’ advancement, our own lives feel more significant. In his own book, Give and Take, Grant makes the very same point: “People who consistently rank their jobs as being meaningful have something in common. They see their jobs as a way to help others.”

WORK HAS BECOME A MAJOR SOURCE OF MEANING

Historically in America, most people had a default path to meaning–religion. The goal of connecting to something greater than themselves, and even securing an afterlife in heaven, represented a profound basis for a meaningful life.

According to Pew Research, immediately after World War II, 97% of Americans had some religious affiliation. But by 2014, that number had fallen to 79%, leaving many more people seeking significance elsewhere.

“People now use work to fill this void,” Smith says. “With traditional forms of meaning like community, religion, family, and tradition no longer in many people’s lives, they’ve come to look at work as much more than a place to secure a paycheck.”

Indeed, there’s no shortage of research claiming that “purpose” is at a premium these days, with many employers failing to deliver it. This shouldn’t come as a surprise. After all, humans have a fundamental need to grow, contribute to a compelling mission, feel valued, and to know that their work matters. Gallup’s long-running “engagement” research is in many ways an ongoing reiteration of one essential point: These deep needs for meaning need to be met somehow, and people feel great distress when they aren’t.

These deep needs for meaning need to be met somehow, and people feel great distress when they aren’t.

One way to fulfill such cravings in the workplace, Smith points out, is through team affiliations. Smith cites the work of University of Michigan researcher Jane Dutton, who believes this need for community grows more acute the less time we spend with friends and family–and the more time we spend with our devices. “Our connections with colleagues have a significant effect on our experience at work,” Dutton says, “but also in our lives as a whole. If we don’t feel a sense of belonging on the job, both our jobs and our lives will feel meaningless.”

When 36-year-old neurosurgeon Paul Kalanithi learned that he had stage-four lung cancer, he could have enjoyed his final days in Hawaii with his wife. Instead, Kalanithi chose to maintain a brutal work schedule, father a child, and document his last year of life in what later became the best-selling book When Breath Becomes Air. Fully knowing that he would soon die, Kalanithi wanted to be of service, to leave behind a legacy–and to know that his brief life truly had meaning.

And that’s the final lesson worth taking to heart right now. “No matter how far off death may be in our lives,” Dr. William Brietbart, chairman of Psychiatry at Sloan Kettering’s Cancer Center, says in Smith’s book, “thinking about death forces us to revaluate our choices and consider what we would change to make them more meaningful. Reflecting on the life we’ve lived so far, and what we’ve done and not done, we can ask: ‘Am I satisfied?’ ‘Did I live a good and fulfilling life?’ ‘Is there anything I’d do differently?’”

The answers to those questions may not be things that make you happy. But when all’s said and done, it might not matter.

Why Do Entrepreneurs Fail? Why It Could Happen to You