The world of work has changed forever. Most business leaders I speak with are still relying on outdated management practices from the industrial revolution that are no longer effective, or worse, that actually contribute to challenges with employee productivity and performance. One of the main practices standing in the way of progress is the annual review.

To succeed today, companies cannot rely on the most important conversations between managers and employees happening only once or twice a year. Moreover, organizations cannot operate in a paradigm where information flows upstream to leaders, who then make decisions in isolation before passing down directives for employees.

Companies must be flexible and agile by decentralizing decision making, providing the people who are closest to the problems the autonomy to decide and act on behalf of their organization. This rapidly speeds up their turn on actions, quickly resolving issues and innovating faster than ever before.

One of the trends that we are seeing in the last couple of years is that companies are shifting away from traditional performance reviews, getting rid of them altogether or only using them as part of an overall performance management strategy. In 2015, Deloitte announced that they would reinvent performance reviews based on findings that “the best team leaders revealed that they conduct regular check-ins with each team member about near-term work.”

The 15Five team has assembled an ebook designed to explore the annual review process, it’s origins, benefits and downsides. My hope is that this will be a valuable resource for your internal communication and performance management strategies. What follows is an excerpt from Chapter 3, What Employees Think:

Who wants to be scrutinized and risk being told that they are inadequate by what they see as unfair representations of actual performance. Plus many reviews are accompanied by rating and ranking systems. Take for example, “rank and yank” popularized by former head of GE Jack Welch, in the 1980’s:

Employees were given a rank based on performance. Only the upper percentiles of high-performers were given promotions and raises. As a result, people directly competed with each other for rewards, hurting collaboration. Not to mention that the lowest 10% were fired.

With rank and yank, productivity alone does not inform the results, as it is productivity relative to other employees. Even when employees were productive when judged against objective standards, their relatively “poor” performance was cause for dismissal.

GE abandoned rank and yank years ago, but in 2015 they announced their decision to abandon performance reviews altogether in lieu of more regular feedback via an app called PD@GE (Performance Development at General Electric).

How Reliable Is A Self-Assessment?

Even without raking employees, reviews are often criticized for being unreliable and counter-productive. Employees spend the months leading up to them politicking for position instead of doing actual work. A typical scenario goes like this:

In November, an employee gets an email from their manager (or worse, from HR) with an attached form. The form asks what the employee did over the past twelve months, how they think they performed, and what are their strengths and weaknesses. So instead of working that day, employees spend hours carefully crafting a document that paints them in the best light possible.

All sorts of issues including whether a manager hired or inherited an employee can bias a performance review. And cut-throat environments tend to alienate talented employees. They experience high levels of stress and anxiety, which decreases productivity, morale, and overall job satisfaction. Those employees are likely to search for new employment at a more supportive culture.

High-performers understand that there is constant room for improvement, and they thrive when given the opportunity to give and receive constructive feedback. If managers are not talking with them on a consistent basis, they’ll leave to pursue ‘greener pastures’ where they feel they’ll be heard and valued.

Companies that remove ratings are seeing the conversations shift from justifying past performance to thinking about growth and development. Their employees are happier, which encourages more engagement and better performance.

Outdated thinking continues to impact growth in the modern workplace. Ranking people and providing financial incentives for performance is really only effective in standard manufacturing environments. But the industrial revolution is over, and companies need to empower their employees so that they will be more engaged and effective at their roles.

The Rank and Yank performance management process does not inform results, and is counter-productive to fostering collaboration and productivity.

Look hard at your performance management process and aim to have frequent conversations about employee growth and development, not justifying past performance. When managers coach their employees to grow and succeed, they will be more engaged and effective in their roles.

Additional resources:  The Uncertain Future of the Annual Performance Review: A Guide For Your Company. 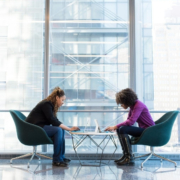 The Power of Check-Ins: 7 Proven Strategies 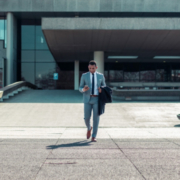