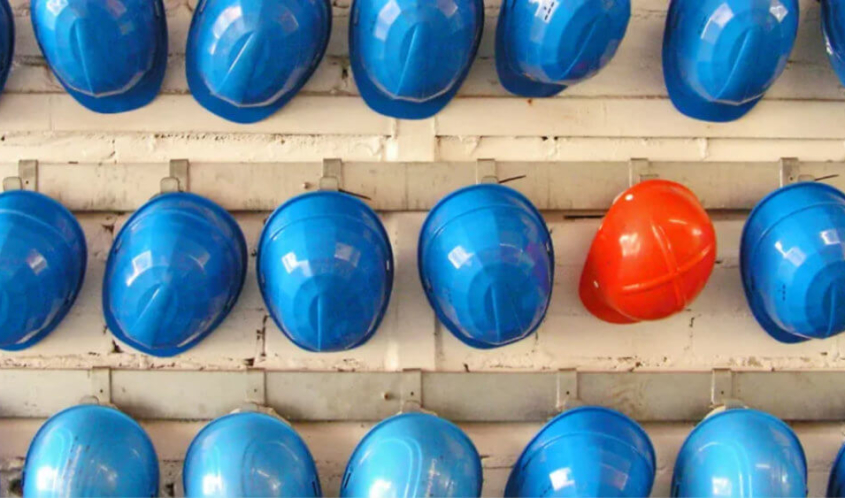 If you think your brain makes you a great leader, you better check your head.

According to the Conference Board, job satisfaction in America has been on a steep and steady decline for an entire generation. The century-old research organization reported this summer that more than half of all US employees are unhappy in their jobs today–effectively an all-time low.

Recent Gallup studies not only validate that people feel worse about their work, bosses and organizations than ever before, they reveal a remarkable 71 percent of American workers are either not engaged in their jobs–or have become actively disengaged.

Clearly, all this discontent is bad for business. Gallup estimates that it’s costing $300 billion in lost productivity every year.

Given all that’s at stake, and with all the great business minds presumably attacking the crisis, we’re left to wonder why we’ve yet to stem the tide? How is it that we haven’t yet identified what it will take to re-inspire our nation’s workforce?

Drawing upon recent scientific discoveries, it appears it’s because the solution contradicts one of the most widely accepted and long-enduring paradigms in business. We now know that the path to engaging workers is through their hearts.

What We All Were Taught: “Keep The Heart And Emotions Out Of Leadership.”

The idea of bringing the heart into workplace leadership widely is seen as being a soft and weak approach that inherently undermines productivity and profitability. Traditional leadership theory assures us the best managers are the brainiest and most analytical–intentionally insulated from emotions.

But according to research conducted by the Institute of HeartMath, organizations that will endure and even thrive will be those that reject flat-earth attitudes about heart and leadership, and accept that both feelings and emotions play an enormous role in driving employee (human) behavior.

If your desire is to be a leader who attracts and retains the best people all-the-while producing truly uncommon and sustainable performance, here are two things you must know about the power and influence of the human heart:

The Heart is the Primary Driver of Optimal Human Performance

HeartMath’s research largely has been focused on the physiology of optimal human performance–what has to go on inside of a person’s brain, body and nervous system to be able to think clearly, maintain composure, and perform to one’s full potential.

According to Dr. Rollin McCraty, HeartMath’s Director of Research, they’ve discovered the heart, as “an organ of perception and intelligence,” is a huge part of the equation.

“We now know that the heart and the brain are in a constant two-way communication and that the heart sends more information to the brain than vice versa. The signals the heart sends affect the brain centers involved in our decision-making and in our ability to perceive. In other words, each beat reflects our current emotional state. If we’re angry, irritated or frustrated, the heart beats out a very chaotic message. Conversely, more positive emotions create harmony in our nervous system and the heart rhythm pattern we have when we’re in our most optimal state.”

Coincidentally, a Towers Watson study recently showed that the greatest driver of employee engagement worldwide is whether or not people feel their managers and organizations have genuine concern for their well-being. Heartmath’s corresponding insight: More caring leaders set off the neural machinery that produces optimal workplace performance.”

The prevailing belief in leadership is that emotions undermine good decision-making and other cognitive tasks and have no place in the workplace. But the new research is very clear that the repression of them greatly inhibits human functioning.

“While it’s obvious that certain kinds of emotions drain our energy and thereby negatively affect our performance,” McCraty says, “we now know it’s our emotions that drive our biochemistry–not the other way around. Feelings and emotions, therefore, determine our level of engagement in life, what motivates us and what we care about.”

Initial cynicism toward this information is something McCraty routinely experiences firsthand. The US military has contracted with HeartMath to teach its soon-to-be deployed personnel how to maintain psychological composure when enduring the most stressful wartime circumstances.

Here’s how McCraty successfully persuades a room full of sceptical soldiers that feelings and emotions are the driving force in their lives:

“Some of you joined the military for the paycheck, but I’ll bet it’s not the majority of you. I’ll bet you’re here because you care about the country and its way of life, right? Raise your hands.”

All hands go up.

“And you have the courage to stand up and do something about it.”

Everyone nods their heads.

“You have the integrity and dignity to stand up for America.”

McCraty then hammers home the point: “Are these not emotions?”

“Yes, they’re the strongest emotions we have. Courage gives you the power to do things others wouldn’t or couldn’t. Dignity is doing the right thing when no one is looking–that kind of integrity. These are all the emotions that really motivate us and determine what we care about in life…why we choose to do the things we do in life.”

It’s long been believed that a job and a paycheck was sufficient motivation for workers to perform. But pay in all of its manifestations now ranks no higher than fifth in importance globally as the reason why people excel in their jobs.

While the idea of managing people with greater care may strike some as intrinsically wimpy, the Conference Board’s ongoing employee engagement research has proved that workplace leadership cannot succeed without it.

What matters most to people is how they are made to feel by the organizations that employ them, and by the bosses who manage them. So, demonstrate to your employees that they’re authentically valued. Provide them with opportunities to grow and to contribute at a higher level. Appreciate their work. Make people feel they matter. Do all these things and more–knowing it’s rarely an appeal to our minds that inspires any of our greatest achievements.

Mark C. Crowley is the author of Lead From The Heart: Transformational Leadership For The 21st Century. Reach him on Twitter @markccrowley or via his website.