The founders of DPR Construction must have had a crystal ball when they launched their firm 24 years ago.

The small cadre of engineers that formed DPR embraced a flat culture over a hierarchical one, and that has proven to be a winner with young employees today.

Peter Salvati, a member of DPR’s management committee, says the general contracting firm abides by the principle of “what’s right, not who’s right” — that is, listening closely to all employees, regardless of position. “The person with the right answer may be who you least expect,” Salvati says.

“The Millennial generation fits in with ‘what’s right vs. who’s right.’”

Indeed, they do. Earlier this year, our research ranked Redwood City, California-based DPR as a Great Workplace for Millennials. This honor came on top of the company earning the 10th spot on the Best Companies to Work For 2014 list we produce with FORTUNE. DPR also is a winner in the general contracting world, where it boasts clients including Facebook, Pixar and Genentech.

Not only does the company snag high-profile projects, it connects its construction jobs to bigger purposes. When the company reached a milestone on a project to expand a biotech manufacturing facility, for example, it invited a cancer patient who would benefit from the drugs to be manufactured at the plant to speak to workers. This framing of work in terms of ultimate goals taps into Millennials’ desire for a sense of meaning on the job.

Says one Millennial: “DPR continues to empower employees and remain true to the core values and mission that it ‘Exist to Build Great Things,’ and you really feel like you are making a difference alongside some amazing people.”

Alongside—rather than under—is right. DPR is so egalitarian that it has no CEO. Instead, there is a shared leadership structure with a management committee of seven people. The company also is employee-owned, with all staffers getting phantom stock units that vest upon five years of tenure. And it is willing to give young people a great deal of responsibility, Salvati says.

On the other hand, he says, the firm expects junior staffers to be humble and savvy enough to seek assistance if necessary on stretch assignments. “You’ve got to be smart enough to realize you may need help,” he says.

Salvati can see himself in today’s ambitious young professionals. He was one of DPR’s earliest employees, and was given the responsibility of opening an office for the company in San Diego at the relatively tender age of 34. These days, the San Diego office is one of DPR’s strongest performing locations.

About the Author: Ed Frauenheim is editor at workplace research site Great Rated!™, where he produces content and reviews companies. 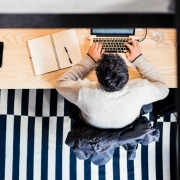 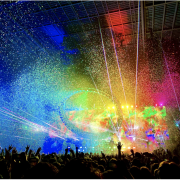 #WorkTrends: How to Make Your Work Culture Rock
1 reply

#TChat Preview: How To Maximize The Cowbell Principle The Year Of Living Inspirationally
Scroll to top