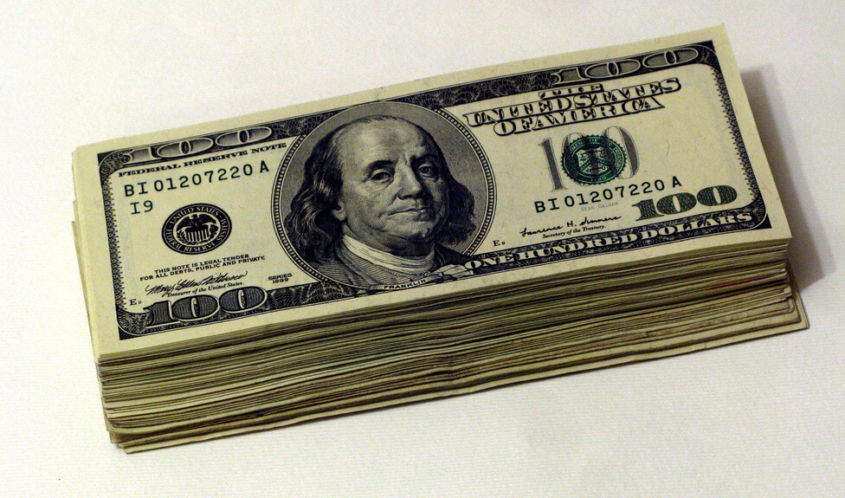 Dan Pink’s book “Drive: the Surprising Truth about What Motivates us” has thrown a major monkey wrench into how we think about motivation. For years it was assumed– and it certainly seems logical to believe– that the best way to motivate desirable behaviors was to offer cash rewards. But it turns out that there is considerable science that refutes that notion; in fact, offering cash rewards, at least in the realm of creative work and problem solving, actually encourages worse results.

This topic has opened up a broader discussion, of what human beings are. At work we are doing fewer and fewer purely mechanical/ repetitive tasks.  “Value” is coming more and more from personal connections and imagination, so the tradition of seeing people in a simplistic mechanical way, in terms of their “skills” or “function,” no longer works. We are standing on the verge of major historical event, an entry into a new era, where the mechanical/industrial ways of viewing people, education, and work are falling apart. We are struggling to find new paradigms to guide our managerial thinking. For decades, we have suppressed our emotions to make ourselves more appealing in an industrial framework by being more uniform and efficient. We now have re-examine that previously suppressed internal dimension, and find ways to engage with it rather than suppress it.

Given the impact and influence that Mr. Pink’s book is having these days, I felt compelled to question his hypothesis. While it is not wrong, there is something missing. To explain, a story:

When I was a teenage bass player (sounds like a 50’s horror movie), I was tremendously motivated to become a professional player, to the point of obsessiveness. I was practicing eight hours every day, stopping each night only when I had reached a point of mental and physical exhaustion.

I certainly did not do this for the money, since I wasn’t getting any, and the pay for professional bass players is not that spectacular, given the work needed to get there. Mr. Pink was right about some elements of my motivation: Yes, I had purpose; yes, I sought mastery; and yes, practicing is a largely autonomous activity. But there was another element that motivated me, far more than money or any of these other factors:

It was a sense of belonging.

I wanted desperately to be a member of something, in this case, an oh so elegant and elite major symphony orchestra . I wanted to have a sense of belonging and connection. And I believe that a sense of belonging, far more than purpose, mastery, or autonomy, is the primary motivator of human beings.

I confess I don’t have many academic studies to support my thesis, but there is a fair amount of empirical data. Let’s consider just a few of the ways that a sense of belonging (including its synonyms, e.g., social status, acceptance, love, family, membership, and so on) motivates us to extreme effort:

There is all the money and effort many people put into “getting accepted” to an exclusive school, and thus belonging to the alumni network for life; there is the eagerness to spend massive amounts of time and money to “get certified,” and thus belong to a exclusive professional group; there are the fans (a word which is short for “fanatics”) of sports teams, who tout their sense of membership with all sorts of badges, uniforms, and rituals, not to mention paying exorbitant ticket prices; and then there is that warm glow of nationalist belonging you get when the jets fly over during the Star Spangled Banner. And do I even need to mention churches? Rotary Clubs? Street gangs? The plot of “Rudy”? Or the holy grail of social belonging, fame? The need to belong, whether to family, team, social group, or nation, drives people to extreme efforts and sacrifice. People sometimes sacrifice life itself to maintain the survival of a group to which they belong.

“Autonomy” as motivation only has meaning in the context of belonging. The only reason you don’t have autonomy is because you gave it up for something more important, i.e., a state of belonging, e.g., employment.

In my own managerial experience in the orchestra world, I found that the need to belong far outweighed any other motivation, money included. I often had difficulty finding musicians who were willing to act as leaders. Even though they were the best in their group, becoming a leader meant losing their sense of being “part of the gang.” The fun of ensemble playing was in being part of the team, not in bossing the team or otherwise being separated from it. I did not pay my leaders more money to motivate them, and I did not pay them more money because they were creating more value. It was to compensate them for their loss of rank-and-file group belonging.

For most people, not to mention wolves and other social species, belonging itself is key to mere survival. And once people become more successful, they don’t seek exclusion or autonomy; instead, the first thing they seek is ever more group social status and connection. They join the country club or the opera society board, or they run for public office.

There is also the flip side to be considered, which is the “de-motivation” caused by the loss of belonging. People who have had issues of disconnection, such as loss of a loved one, divorce, moving to a new town, or getting fired, experience massive ill effects on self confidence, focus, and every other emotion. At times they lose all motivation, period.

When we speak in terms of rewards as motivators, this typically refers to an inanimate reward, such as money or a cookie. When the “reward” is in the form of greater interpersonal connection, say, a pat on the back from an authority figure you truly admire, or the flip side, perhaps a look of disapproval from someone whose respect and acceptance mean everything to you, suddenly rewards and punishments– in the form of belonging or the lack thereof– come back into motivational fashion in a hurry.

One of the biggest reasons people resist change is the fear that it might threaten their tenuous grasp on belonging. The first thing that goes through the average employee’s mind when presented with a new idea is “belonging loss prevention.” They ask themselves, “Will doing this, or not doing this, get me fired, or result in loss of status in my professional pecking order?” All else is secondary. Consideration of one’s sense of belonging — as well as the fear of the loss of it, is therefore possibly THE most compelling motivational factor in managing people.

I am a big fan of Mr. Pink, and I think he is very much on the right track in challenging the common dogmas of industrial-era management philosophy. I just wanted to respectfully submit that as we enter into a more artistic era of management, “belonging,” as a primary emotional element of motivation, needs to be higher on the list.

(About the Author: Justin Locke spent 18 years playing bass in the Boston Pops, and his musical plays are performed all over the world.  As an author, speaker, and coach, he shares a pragmatic artistic approach to personal growth, “people skills,” and managing “top performers.” For more, visit his website at www.justinlocke.com.)

To discuss World of Work topics like this with the TalentCulture community, join our online #TChat Events each Wednesday, from 6:30-8pm ET. Everyone is welcome at events, or join our ongoing Twitter and G+ conversation anytime. Learn more…

photo credit: artist in doing nothing via photopin cc

3 Bites To The Core Of Communication… And Engagement